Home to more than 100 large and small waterfalls, Hamilton proclaims itself to be the “Waterfall Capital of the World“. Well, this claim cannot go unverified! So a couple of us decided to check out these falls with a waterfall hopping hike in the area – and as we soon discovered, we were out of luck. Or rather, out of water… because many of the falls were just a trickle or even dry. Lesson learned: go during the spring or fall, or after a big rainstorm. Despite all that, it was still a good hike and another opportunity to explore the Niagara Escarpment.

On the first hiking trail, the route encompasses Oak Knoll Falls, the Buttermilk Falls, and Albion Falls. Of the three, only the Albion Falls had any significant water flow. This is a cascading waterfall just south of King’s Forest Park, and is considered the premier waterfall in Hamilton’s east end. 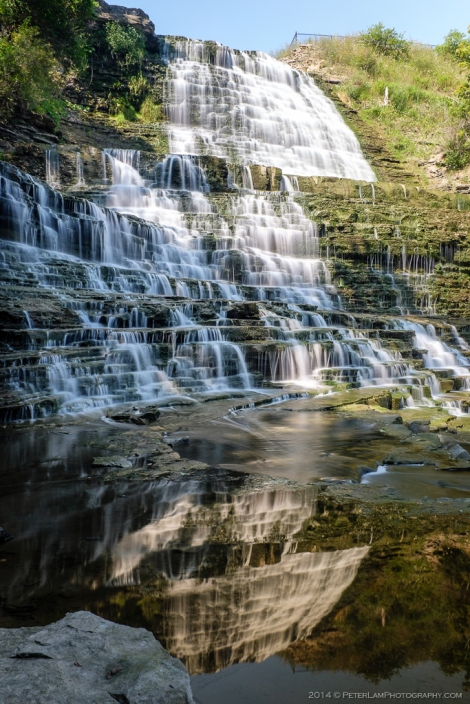 The Devil’s Punchbowl Conservation Area is located in the community of Stoney Creek, a little west of Hamilton city. The Devil’s Punchbowl Falls (had there been water!) is a dramatic 37-meter ribbon waterfall down the side of the “bowl”, feeding the Lower Punchbowl Falls, a secondary curtain waterfall just downstream. Unfortunately there was no flow this day – but that allowed us to hike to the bottom of the bowl and get up close to the layered rocks and soil. 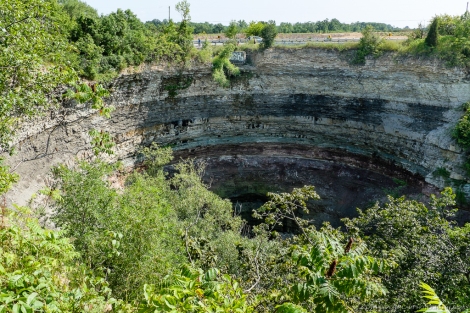 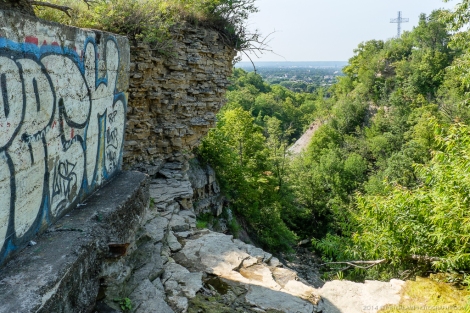