On the alluvial plains north of Tai Mo Shan, in the valley of Kam Tin in the New Territories, rural life moves at a decidedly slower and more relaxed pace. With not single apartment estate or gleaming office tower in sight, this community is worlds apart from the frenetic city atmosphere that Hong Kong is known for. 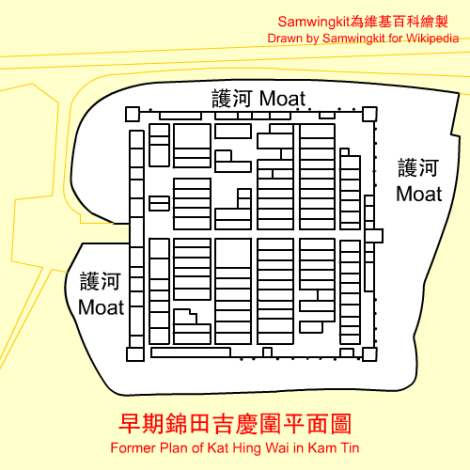 Once common throughout southern China, these settlements have all but disappeared as a result of rapid urbanization and redevelopment. The handful of villages that remain in Hong Kong are mostly scattered throughout the New Territories, and some still retain their original architecture and traditions, though many have been subject to new development or are partially demolished. Many of the villages remain private property, making heritage conservation efforts a challenge.

In Kam Tin, there are three such villages in close proximity to each other, all built around the same time some five centuries ago. Well off the beaten path for casual tourists (and even local city dwellers) these are worth a visit for a taste of Hong Kong’s colourful past.

Kat Hing Wai (吉慶圍) is the most well-known and best preserved walled settlement in the area. Home to around 400 descendants of the Tang clan, one of the original settlers of Hong Kong, the protective 18-inch thick walls have watchtowers on each corner and completely surround the village. There is a single entrance to the enclave, and the remains of a moat can also be seen. You can enter by making a $3 HKD donation to the village fund at the front gate.

Inside, the main thoroughfare leads directly to the village ancestral shrine, and narrow alleys branch off from the main street. Many of the old stone buildings have been replaced by more modern structures (many undoubtedly semi-legally constructed), including multi-storey houses. Some parts of the surrounding wall have also been built over with housing extensions. 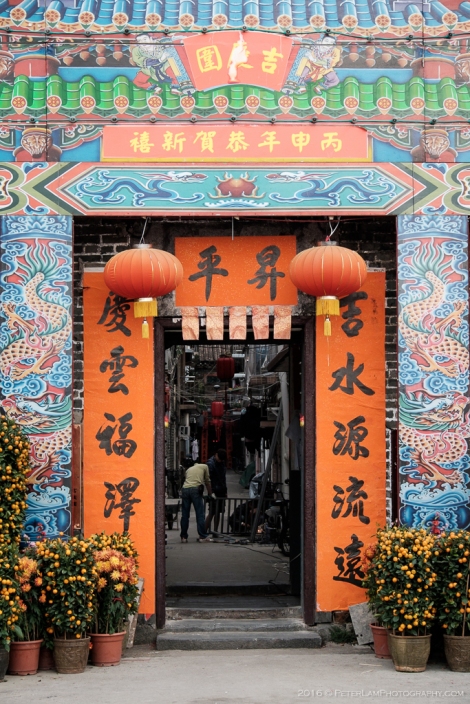 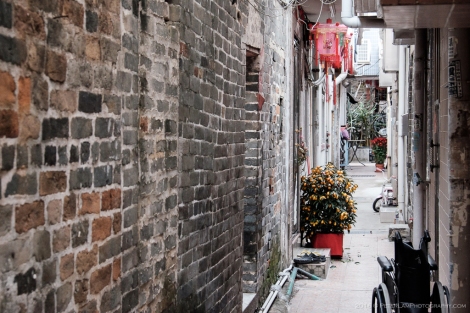 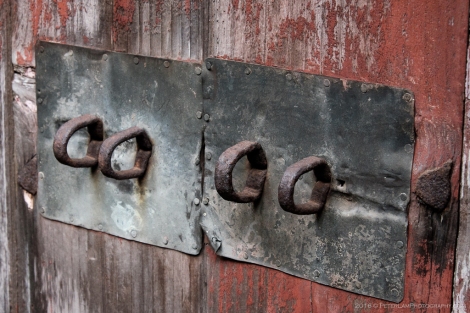 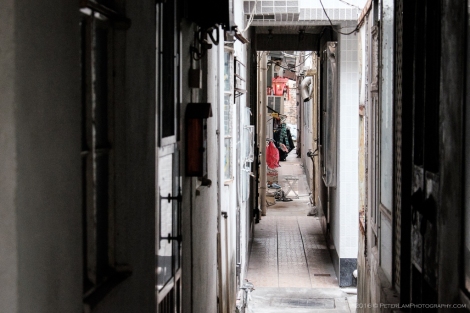 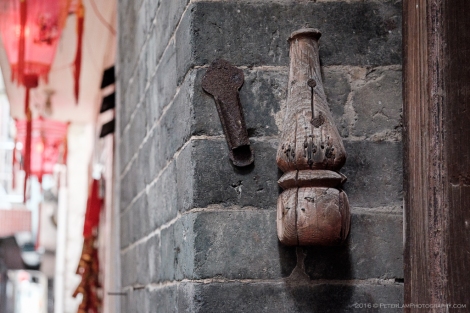 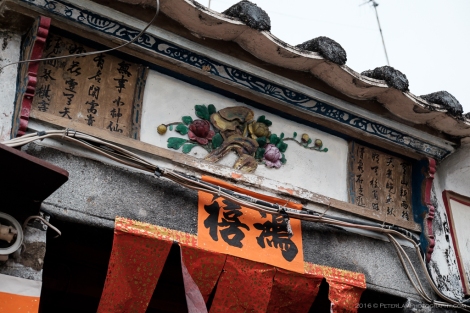 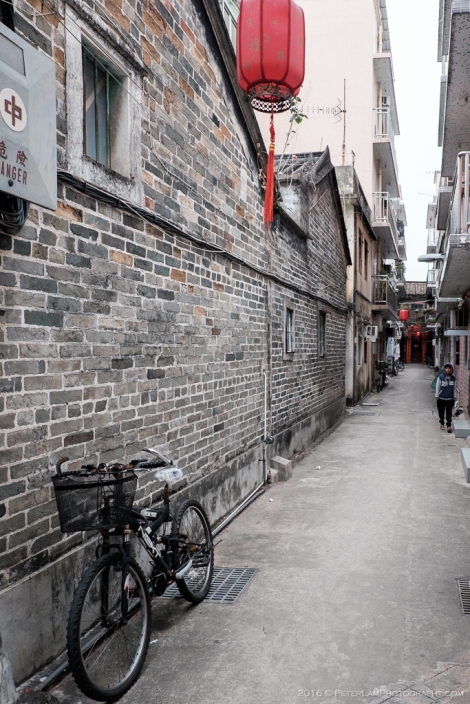 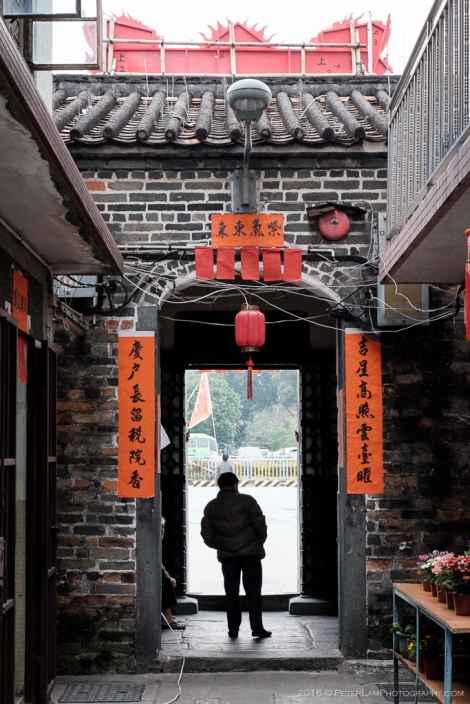 About a 5-minute walk from Kat Hing Wai, the village of Tai Hong Wai (泰康圍) is another walled settlement that was built around the same time. Except for the front entrance facade, which has been rebuilt and updated, there is no indication of an outer wall or towers. The walls have presumably been replaced with an outer row of buildings, so if it wasn’t for the front gate you wouldn’t even know this was a walled village.

Inside, however, there is still some remaining brickwork from the original brick houses although most of them have been replaced by newer buildings. Others have been abandoned and are in very dilapidated condition. 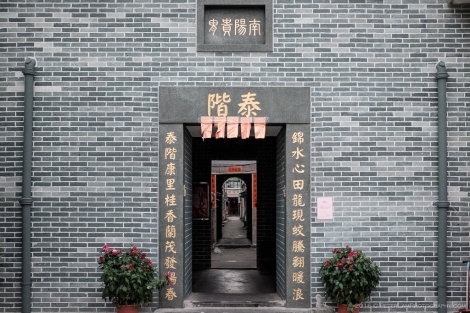 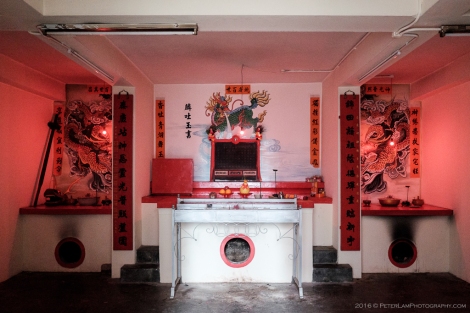 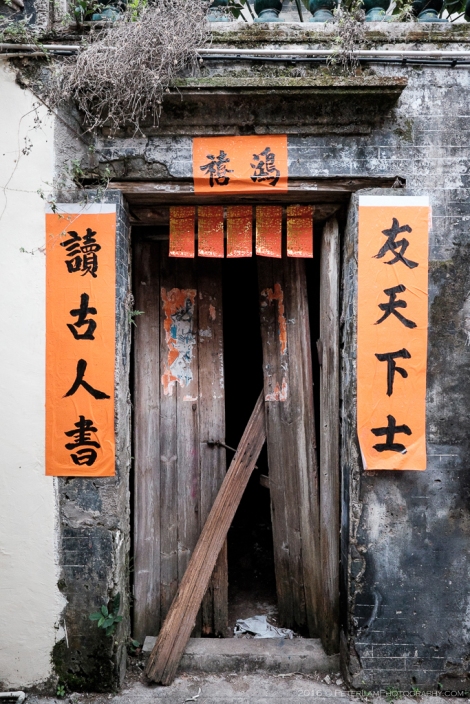 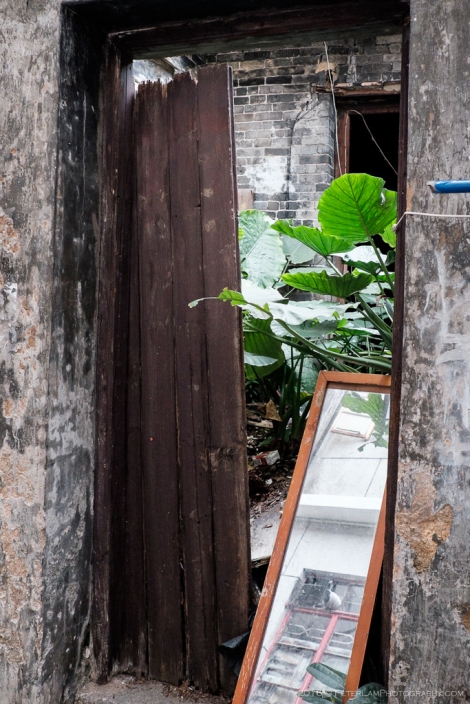 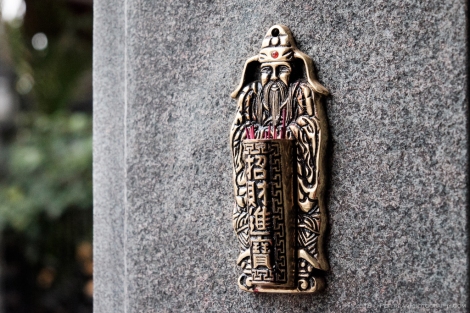 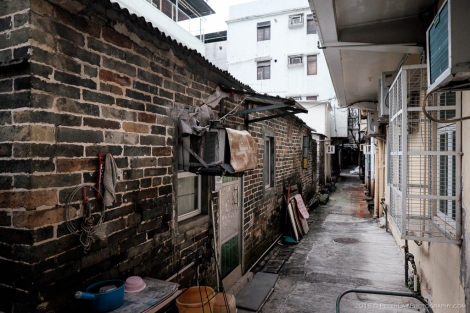 Wing Lung Wai (永隆圍) is the smallest of the three walled villages in area, and hides in plain sight right on Kam Tin Road. It’s very easy to miss the main entrance gate as it is recessed in the back of a mundane parking lot and flanked by modern-looking buildings – I completely missed it on my first pass. There is a sign in front stating that the village is for residents only (to the effect that outsiders are not welcome), but I snuck for a few photos anyway.
This village was also founded by Tang clansmen some five centuries ago, and the protective wall built shortly thereafter. It seems to be the most liveable of the three Kam Tin settlements, as most of the old brick houses have been replaced by updated ones. Open courtyards and wider lanes also contribute to a less claustrophobic feel, and everything seems neat and tidy with few signs of neglect. 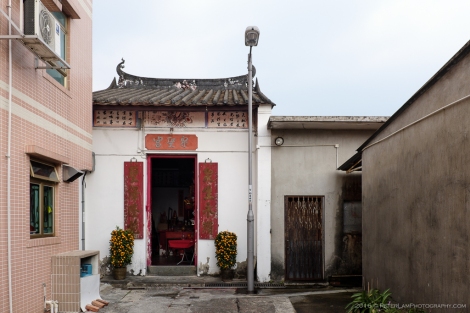 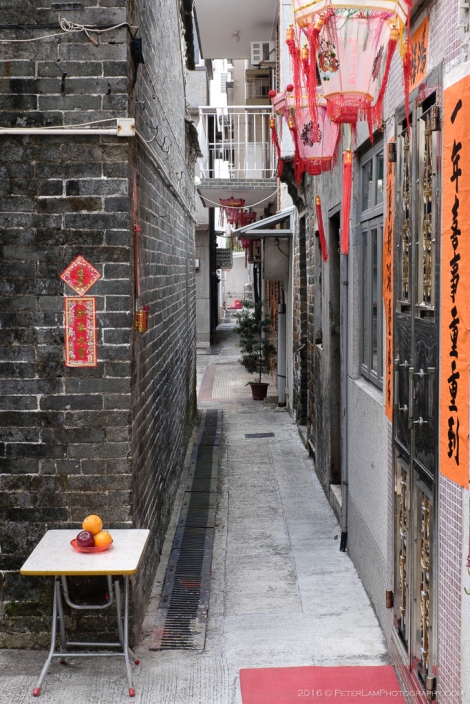 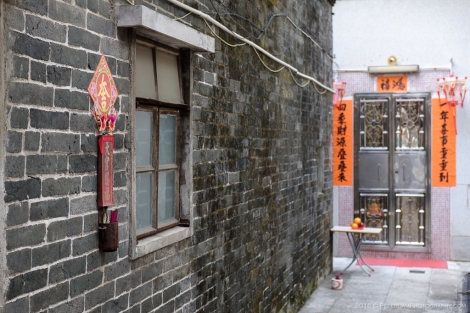 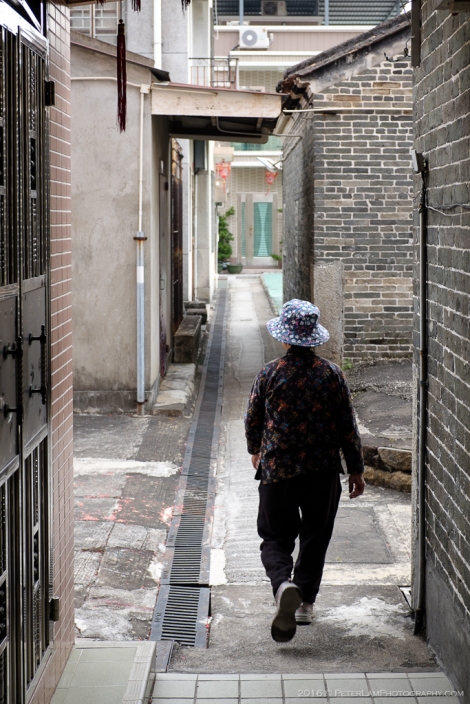 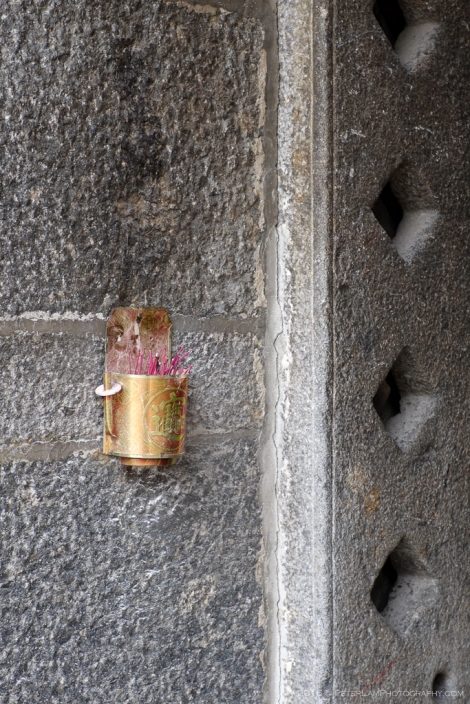