While Tokyo is less known for its shrines and temples than the ancient capital of Kyoto, the megalopolis nonetheless has its share of cultural heritage attractions. The two most well known and popular places of worship, Asakusa’s Senso-Ji Temple and Shibuya’s Meiji Jingū Shrine, each possess distinctive characteristics and over the years have become unique symbols of the city.

Sensō-ji Temple (Kinryū-zan Sensō-ji, 金龍山浅草寺) is a Buddhist temple in the Asakusa district of Tokyo, not far from the banks of the Sumida River. It is the city’s oldest temple, and arguably also its most popular. The outer Kaminarimon (雷門) and inner Hōzōmon (宝蔵門) entrance gates, each with huge lanterns and guardian statues, have become synonymous with Tokyo. The gates are connected via Nakamise-dōri (仲見世通り), a street lined with souvenir shops leading to the main temple – a long-standing tradition dating from the days of selling wares to pilgrims who walked to Sensō-ji. Adjacent to the temple is a five-story pagoda, the part of the Asakusa Shinto shrine.

Seeing Senso-ji at night is a vastly different experience from a typical daytime visit. Gone are the throngs of people, and while the souvenir shops may be closed, the peaceful atmosphere and evening illumination give the temple grounds a magical feel. These photos were taken in late winter, before the coronavirus pandemic state of emergency was declared. 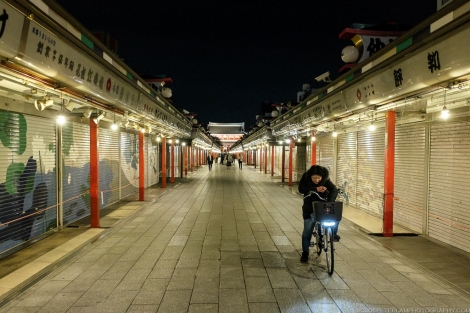 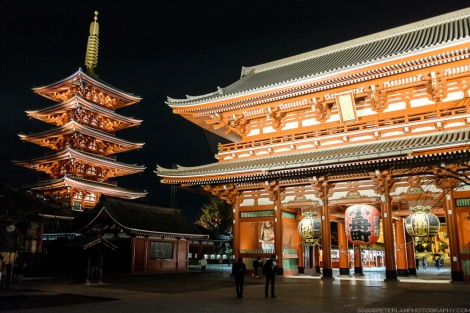 Meiji Shrine (Meiji Jingū, 明治神宮) is a Shinto shrine in the Shibuya ward of Tokyo dedicated to the deified sprits of the Emperor Meiji and his wife, Empress Shōken. Located adjacent to the ever-popular Harajuku and Omotesandō shopping districts, the shrine grounds offer a welcome respite from the frenzy of the city. The 170 acres are heavily forested with 365 species of trees, donated from different parts of the country when the shrine was established in the 1920s.

Typical of Shinto shrines, the muted and understated styles of the buildings, constructed primarily of copper and Japanese cypress wood, lend to a calm and serene atmosphere. The shrine forest, and the adjacent connected Yoyogi Park, is popular with locals and visitors as a recreation and relaxation area in the center of Tokyo.

Meiji Jingū is also hugely popular on New Years Eve in preparation for Hatsumōde (初詣), the traditional first visit to a Shinto shrine on the Japanese New Year. Over 3 million people visit Meiji Shrine during the first three days of the new year, offering prayers for the year to come as well as thanks for the one just passed. 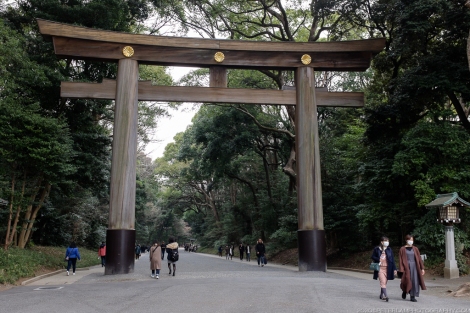 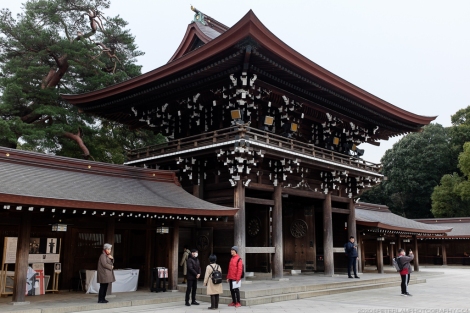 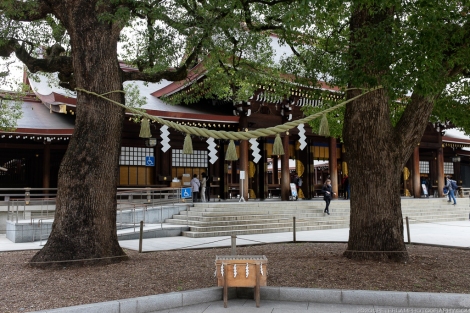 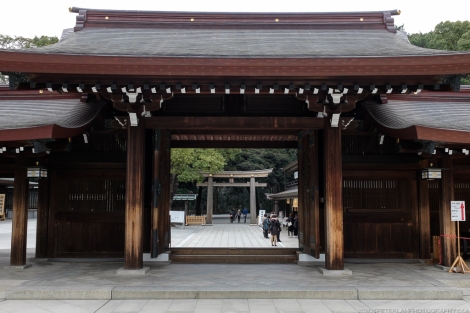