Fighting a nasty cold, so no hiking this weekend. But I did manage a walk around Sunny Bay (欣澳) on the northern shore of Lantau Island, which was quite nice. Most people pass through the Sunny Bay MTR station on route to Hong Kong Disneyland, and there really isn’t much else to do here, but there is a footpath around the bay that leads to a pier opposite the station. It’s a quiet walk and the area is popular with weekend fishers – although I’ve yet to see someone catch anything.

The walk tracked by Runkeeper.

In the bay (Yam O Wan as it is known locally) you can still see old wooden logs sticking out of the shallow waters – I initially assumed these were the remnants of an old village built on the water (like Tai O village) but after some googling I found out that there used to be a lumber factory in the area, now long gone. The pillars were apparently put in the salt water to strengthen them, and were just left there – one by one they are now being washed away by the waters. Even Luk Keng village seems to have disappeared – only a few buildings remain, and the pier. You can read more about the history of the area here. However, other sources note that the stilts are natural and part of a lumber preservation zone… so the mystery remains.

Debris everywhere on the shoreline. 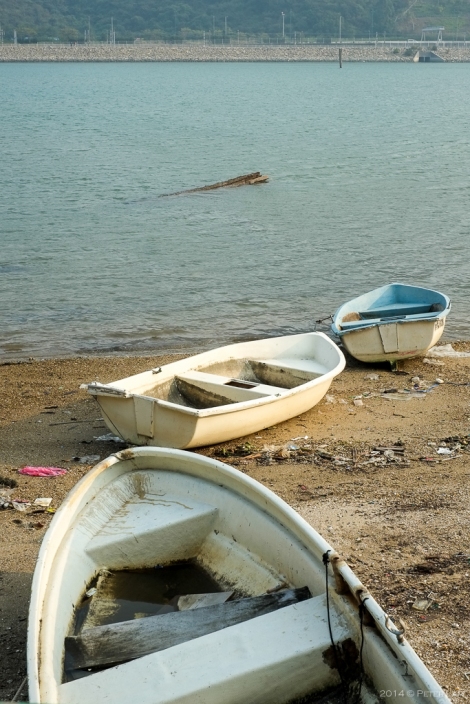 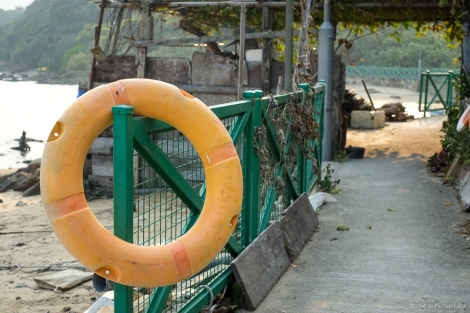 Lifesaver has seen better days, too.

A narrow sandbank connects to the northern part of the bay, and Cheung Sok island.

A plaque on the shore for a deity.

Looking back at the main peninsula.

Luk Keng Pier, and a makeshift pier made from old logs and string.

Probably the same people who made this fence!

Boats for rent for the occasional fisher and hiker.

View of Sunny Bay from Luk Keng, old logs in the distance.

One of the few buildings left in Luk Keng, still inhabited.

And the resident dog.