Happy Chinese New Year, everyone – Gung Hei Fat Choy! Yes I said “Chinese”, and not the more politically correct “Lunar” which seems to be promoted these past few years. Let’s face it, over one billion people can’t be wrong and if you’re celebrating these next two weeks, you’re more than likely of Chinese origin anyways. So there 🙂 .

As the last hike in the Year of the Snake, and to herald in the Year of the Horse, the trek this past weekend took us to the highest peak in Kowloon, appropriately named Kowloon Peak (Fei Ngo Shan 飛鵝山) in the southern part of Ma On Shan Country Park. This mountain overlooks the Kowloon peninsula to the south, and tops at 602m.

The route tracked by Runkeeper.

However, the actual walk is rather uneventful as it is a paved asphalt road that provides car access to the viewpoint at the top. Both the MacLehose and Wilson hiking trails pass through Kowloon Peak. The area is popular with kids for making out in the evenings (or so I’m told!) – during the day families drive up to enjoy a great view of Kowloon below, and also Sai Kung to the east. When you reach the viewpoint, there is a trail that leads to the actual Kowloon Peak mountain, via a smaller peak known as Middle Hill. This is a fairly steep trail with some sections requiring climbing on all fours. We turned around at Middle Hill as the weather started to turn and it got very windy at the top… 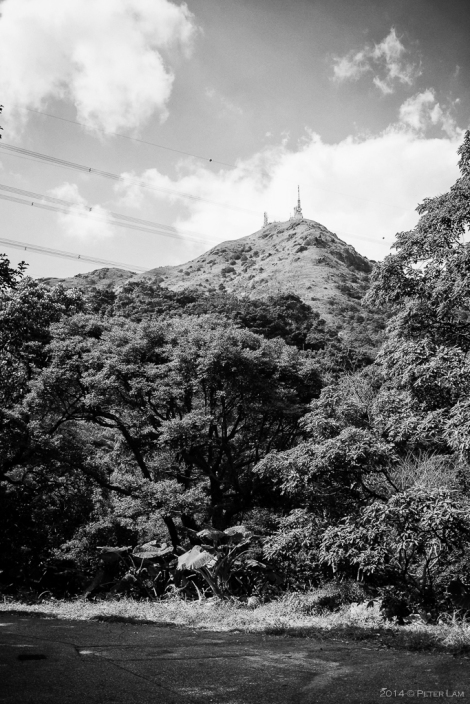 Our target today, the highest point in Kowloon.

About half way up, looking east a clear view of Sai Kung and harbour.

Joining the Wilson Trail Stage 4, and a view of Tung Yeung Shan mountain at 532m.

At the peak viewpoint, a panoramic view of Kowloon below. 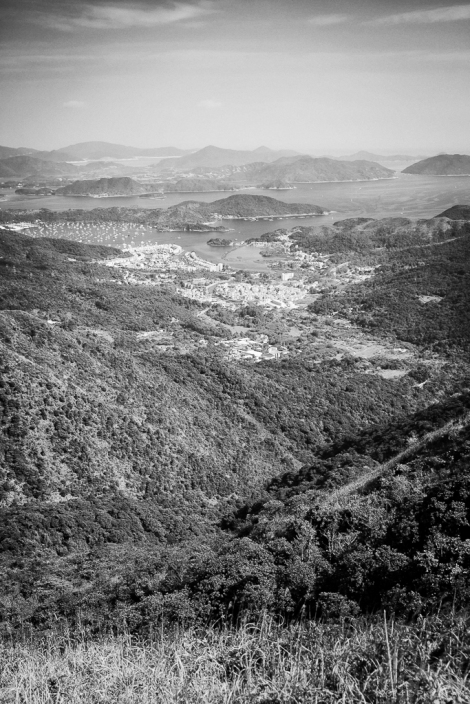 Again looking east towards Sai Kung, from the peak.

The top of Middle Hill is strewn with large boulders. 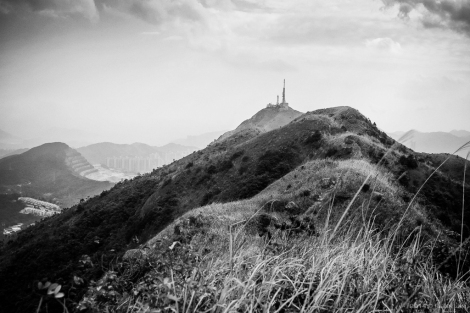 Kowloon Peak ahead, with the radio transmission tower at the top. 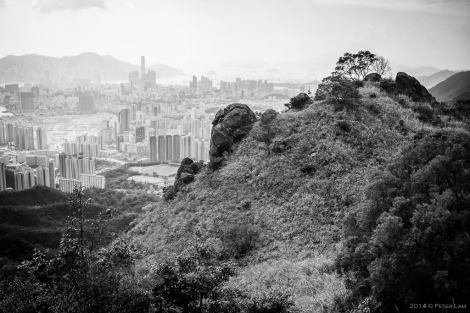 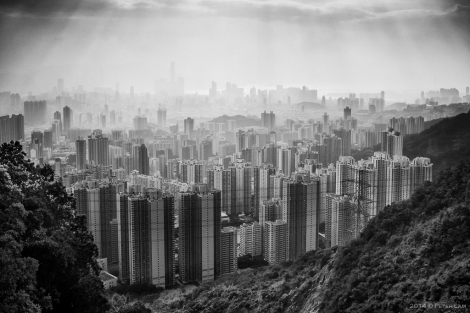 This is Kowloon, Hong Kong. Awesome.

© Peter Lam and Peter Lam Photography, 2013-2020. Unauthorized use and/or duplication of this material without express and written permission from this blog’s author and/or owner is strictly prohibited. Excerpts, images, and links may be used for personal and non-commercial use, provided that full and clear credit is given to Peter Lam and Peter Lam Photography with appropriate and specific direction to the original content. For commercial use of images, please feel free to contact me.
Loading Comments...
Comment
×
<span>%d</span> bloggers like this: