Just before Christmas some friends and I managed to squeeze in a quick trip to Japan, on a roadtrip around its most southwesterly island of Kyushu. For a visitor, driving is Japan is a dream: the roads are well marked, drivers are exceptionally polite, and it’s a stress-free experience (thanks also to a great in-car GPS unit). Kyushu is also a great place to travel and set your own itinerary, as there is a lot to see and is typically less frequented than the busy parts near Tokyo and Osaka.

Unlike my earlier trip to Kyoto, I didn’t visit a single temple this time around – but I did see a few active volcanoes, which was awe-inspiring.

A couple of hours drive from Fukuoka, we spent a night at Aso Farm Village, a resort and health spa near the foothills of Mount Aso. Guests stays in individual yurts that look a little like igloos (they call them Mongolian huts). There are also numerous outdoor facilities for family-oriented activities, although it was far too cold for us to try any of them. The volcanic hot springs and saunas were great, though. 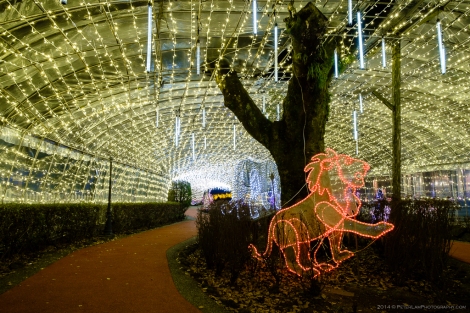 Mount Aso is the largest active volcano in Japan, and one of the largest in the world. It is located in Aso Kuju National Park in Kumamoto Prefecture, and consists of a large caldera (a circular depression formed at the center of a volcano) known as the Super Ring with five separate peaks. One peak, Mount Naka, was billowing smoke and ash, so the cable cars and access roads to the crater were closed. The scenery around the volcano was unlike anything I’ve ever seen, especially when the snow started to fall. 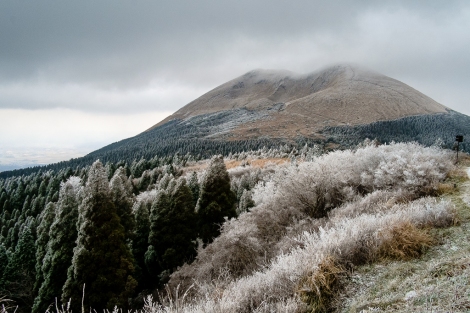 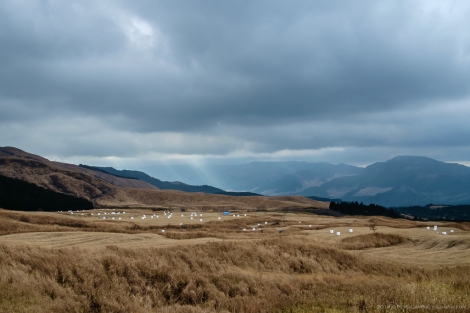 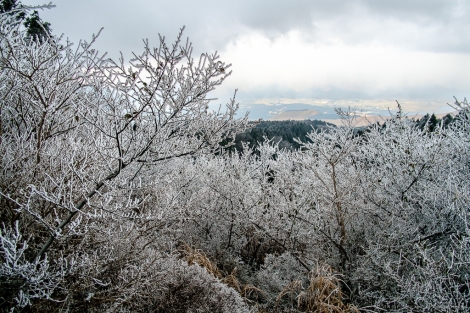 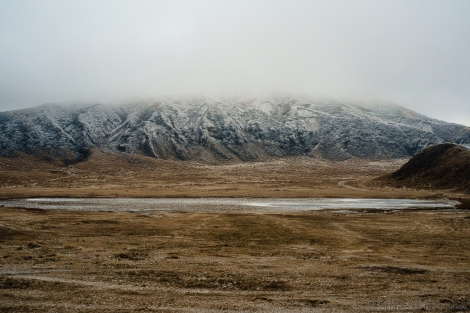 Travelling further north (and through some pretty tricky winter weather on some winding mountain roads), we made a stop at the Kokonoe Yume “Dream” Bridge in Oita Prefecture. This is the longest pedestrian suspension bridge in Japan, spanning 390 meters across a scenic gorge with some pretty waterfalls. It very cold and windy on the bridge, so we didn’t stay long – just enough to take a few pictures. We also stopped at a local teahouse to warm up and enjoy the view of the surrounding farmland. 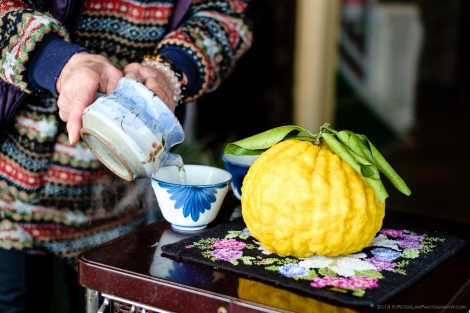 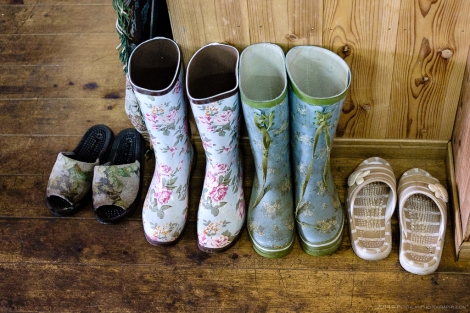 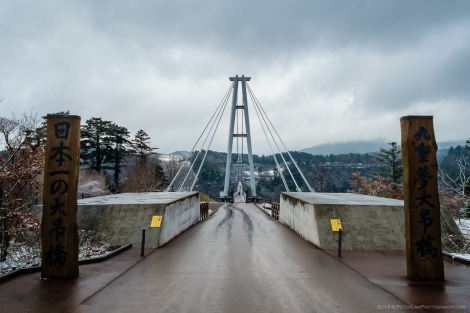 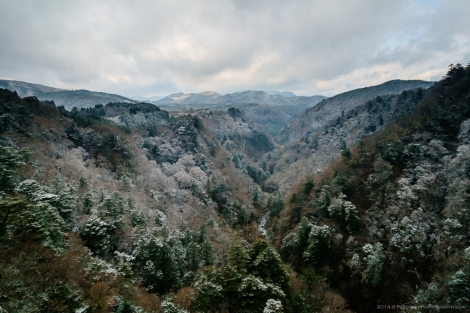