After setting up camp it was time to do some exploring on the rugged island of Tung Lung Chau. With a total area of just over 2.4 square kilometers, there are only a small number of trails to hike.

The main trail is a paved path that runs from the campsite in the northeastern corner of the island in a counter clockwise direction. On the way, you’ll pass by the new and old ferry piers as well as the island’s few remaining resident shacks at Nam Tong. When you reach the trail viewpoint, you can take a detour hat descends 400 steps down toward a prehistoric rock carving (Hong Kong’s oldest and largest) located by the water. Supposedly the ancient carving depicts a stylized dragon – maybe the island’s namesake?

Rejoining the main route and following the path you soon pass the southern peninsula, Tathong Point, before looping up towards the highest point of the island at 232m. A little further along you will find a large radar station, and a helicopter landing pad – mostly obscured by clouds on this dreary weekend. The transmission station is also where the trail officially ends – so be prepared to bushwack down a steep and slippery mountain trail directly to the campsite (you could also backtrack the long way to the starting point, but where’s the fun in that?).

Another noteworthy trail leads to the summit of Hen Hill, where a cluster of large boulders is perched and viewable from almost every part of the island. With a bit of imagination, it does look like a chicken on the top of the mount. From the peak, there’s an expansive view of Joss House Bay and Clearwater Bay Peninsula to the north, and Hong Kong Island to the west.

A secluded beach and the New Pier.

Down the 400 steps to the ancient stone carving. 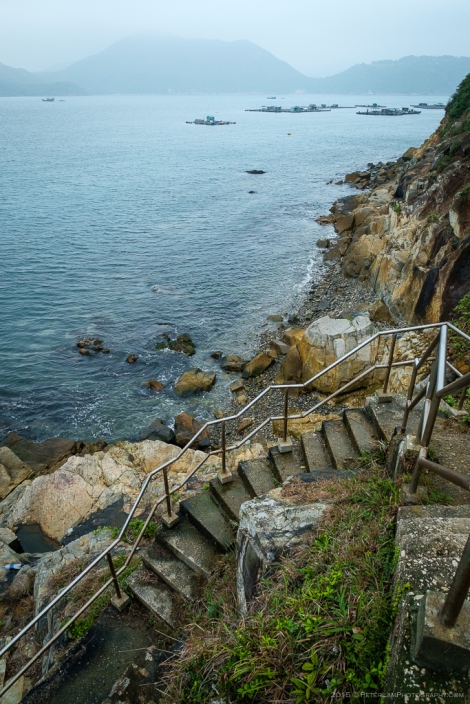 The last section is pretty steep. 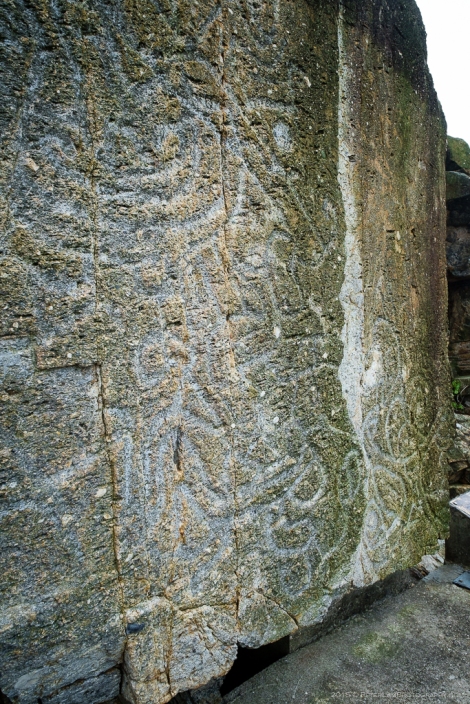 The prehistoric rock carving. Do you see the dragon? 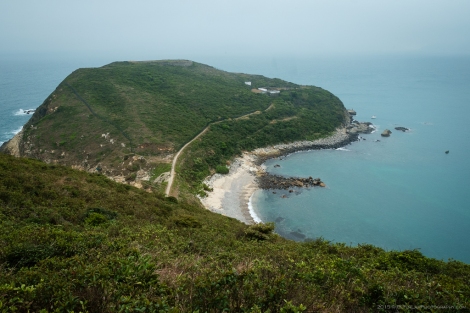 Into the clouds towards the highest point on the island.

On the helipad, with the radar array in the distance.

On the way down the steep and very slippery mountain trail. 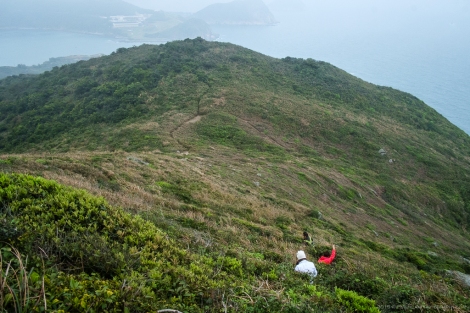 Bushwacking through the dense growth. 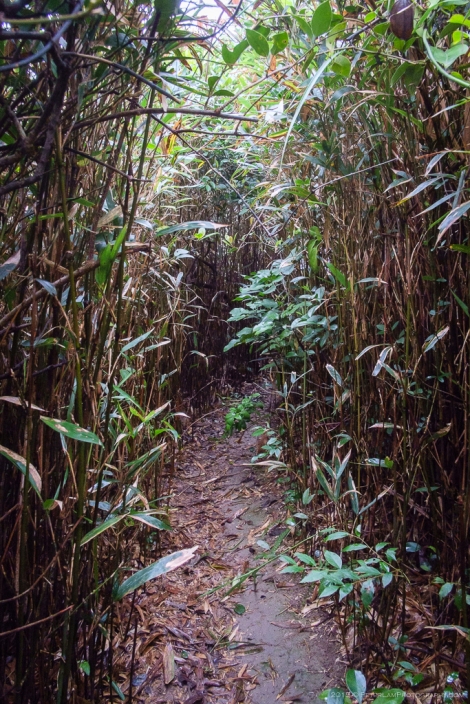 Visibility is limited, but have faith and stick to the trail!

This is where many of the mountain climbers come to have fun. Some of the best sport climbing in Hong Kong is right here.

Part of the trail that leads to Hen Hill.

How did these big rocks end up on top of the hill?

View of a fish farm below, and Hong Kong Island beyond. That’s Chai Wan in the distance. 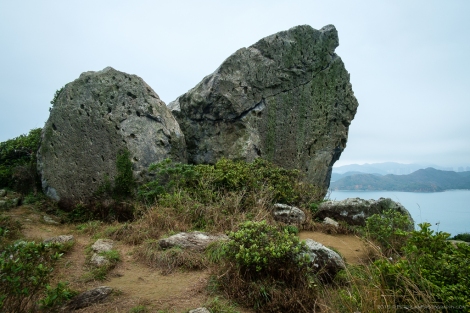 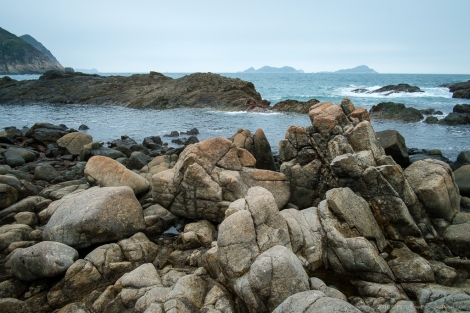 Smooth rocks down by the beach.

Big waves on a windy weekend.