A recent visit to Taipei included a fairly touristy itinerary that covered many of the more popular memorials and monuments in the city. These locations are quite common for guided tours, as they are considered the “must-see” sites for first time visitors (who in this case were my parents, visiting from Canada). Beside the history lessons, we also get treated the changing of the guard, which in itself is a popular tourism attraction.

Officially the National Sun Yat-sen Memorial Hall (國立國父紀念館), this large building and grounds is a memorial to Taiwan’s founding father, Dr. Sun Yat-sen. It includes displays and anecdotes of his life and the revolution that he led, and is also an educational and cultural centre. Every hour the changing of the guard takes place, an impressive demonstration of discipline and perfect timing by the young soldiers. 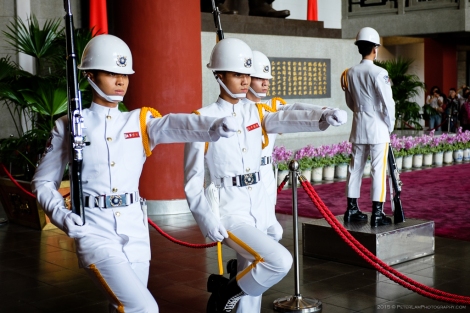 The National Chiang Kai-shek Memorial Hall (中正紀念堂) is a large memorial and public square dedicated to former Taiwan president Chiang Kai-shek. The complex also includes the National Theatre and National Concert Hall buildings. The memorial houses a library and exhibitions of Chiang’s life and career, and his role in the histories of the Republic of China and Taiwan. The two sets of stairs each contain 89 steps that lead up to the main entrance of the Memorial Hall, representing his age at the time of his death. 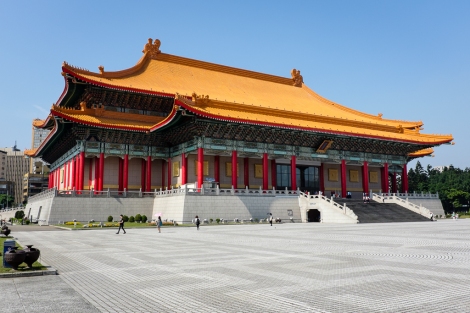 The National Revolutionary Martyrs’ Shrine (國民革命忠烈祠) is dedicated to the war dead of the Republic of China. The shrine houses some 390,000 spirit tablets of persons killed during the numerous revolutions, wars and other conflicts related to the Republic. Here also is a changing of the guard ceremony every hour, on the hour (under the blazing sun, no less). 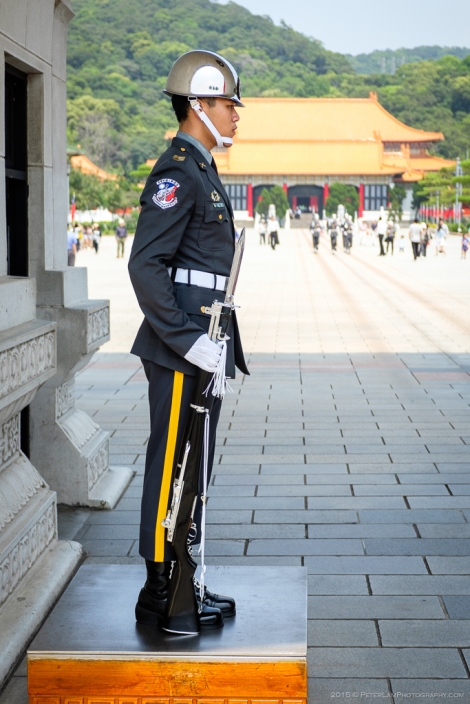