The first of its kind in Hong Kong, the Ping Shan Heritage Trail was inaugurated in 1993 as a means to illustrate traditional village life and culture of the early settlers of the New Territories. Located in the Ping Shan area of Yuen Long district, the walking trail covers many historically significant buildings and is easily covered as a half-day trip.

The trail was established by the Antiquities and Monuments Office and Architectural Services Department, and with the full support of the Tang Clan, the descendants of the original settlers in the area. The Tangs were one of the five main clans to first settle in Hong Kong. The trail winds through three villages, with buildings consisting of traditional ancestral halls, temples, residences and study halls. Many of them have been restored to their original state, and are open to the public.

The Tsui Sing Lau pagoda is the only remaining ancient pagoda in Hong Kong, and is located next to the Tin Shui Wai MTR station. It was built by the Tangs some 6oo years ago to supposedly improve local feng shui and prevent village flooding. The top floor of the pagoda is home to Fui Shing (‘Champion Star’), the deity responsible for success or failure in exams.

Shrine of the Earth God

Just outside Sheung Cheung Wai, the Shrine of the Earth God is believed to protect the village and homes inside.

Sheung Cheung Wai is a 200-year-old traditional walled village. Many of the original brick buildings have been replaced by updated ones, and the entrance gate has also been rebuilt. While some original structures inside still remain, most of the surrounding wall is now gone. 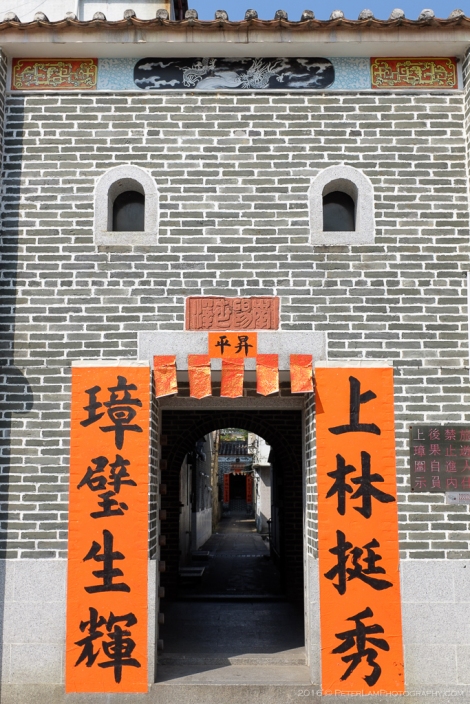 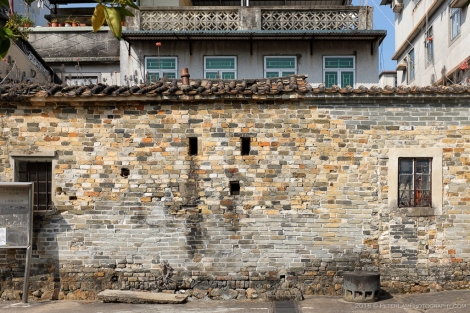 This old well is where the villagers originally got their water. It has now been converted to a mini pond with koi fish.

Located near Hang Tau Tsuen village, this temple is dedicated to the Hau Wong deity. 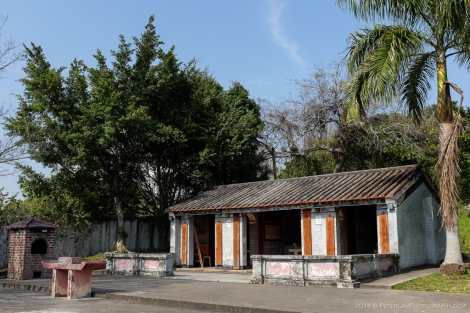 Dating from 1273, the Tang Ancestral Hall is a grandiose building still in use today by local villagers. It consists of three halls, a main and two internal courtyards. When I visited it seemed to be prepared for a village feast.

Adjacent to the Tang Hall, the identically configured Yu Kiu Ancestral Hall was built in the 16th century and was used as a school for the nearby villages. 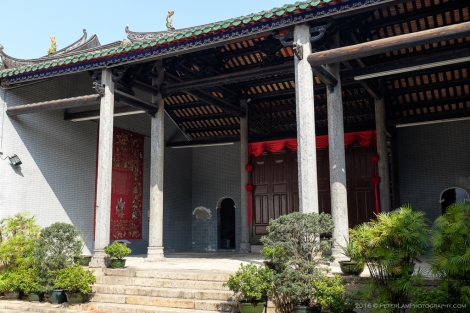 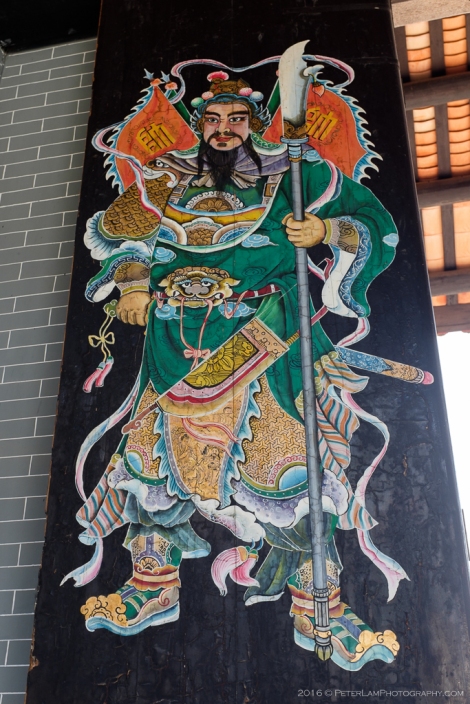 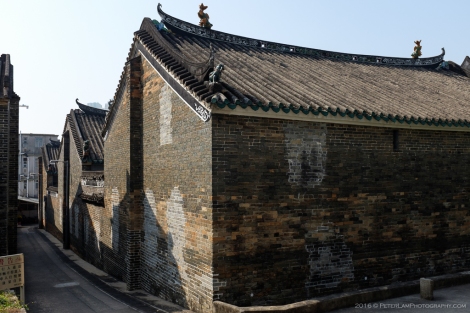 To prepare for the Imperial Civil Service Examinations, the Yan Tun Kong study hall was built in Hang Tau Tsuen village. It is a relatively new addition to the Heritage Trail as the older route maps do not reference this building. 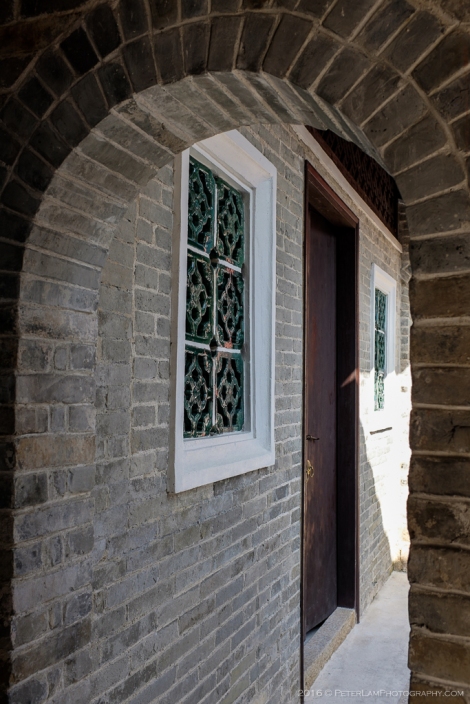 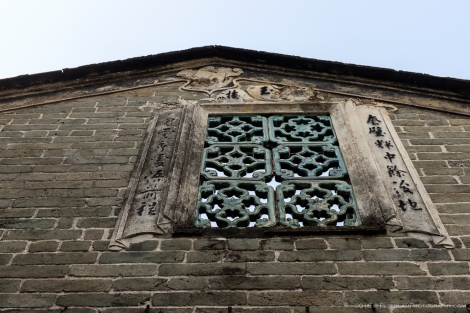 The Kun Ting Study Hall was used both as an ancestral hall as well as a place of study. It is one of the most impressive buildings on the trail, with fine craftsmanship on prominent display in the interior courtyard. 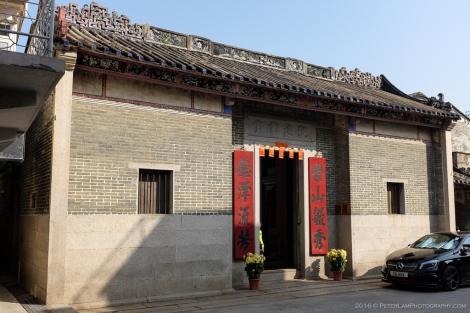 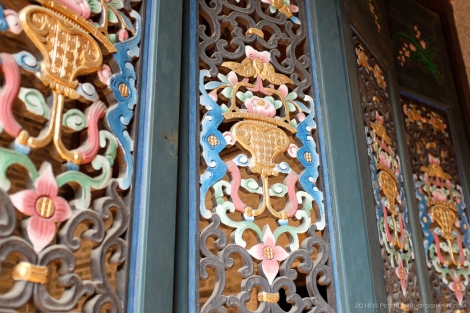 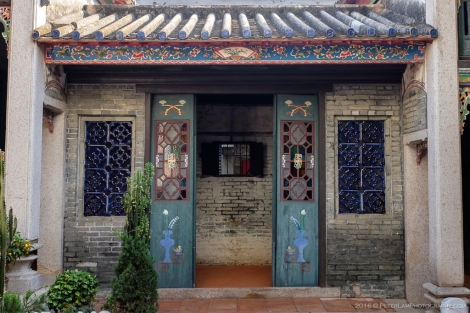 Adjacent and connected to Kun Ting, the two-storey Ching Shu Hin was used as a guesthouse for scholars and prominent visitors. It is equally impressive in architectural detail and craftsmanship. 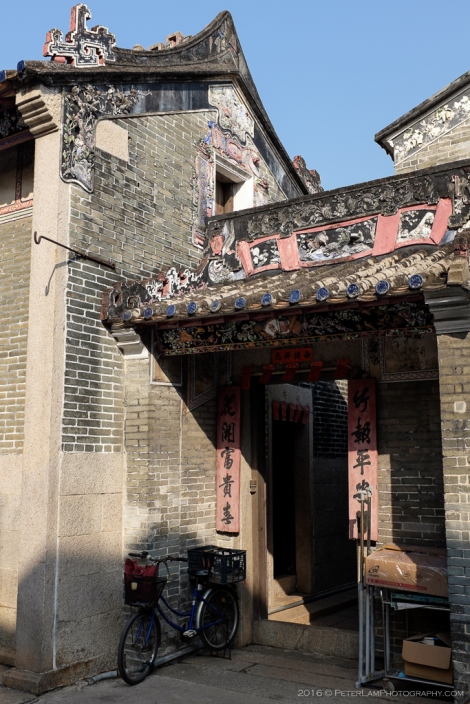 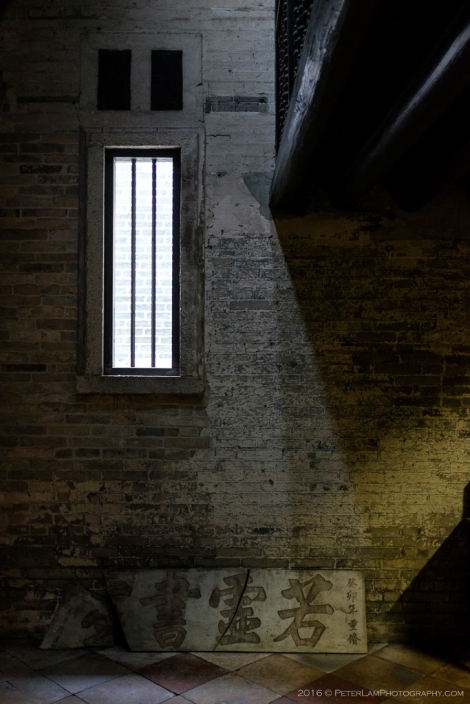 Located at the southern end of the trail and now hidden among low-rise village housing, the Shut Hing Study Hall was built in 1874. The rear of the building has been demolished to make way for residences so only the entrance facade remains today. 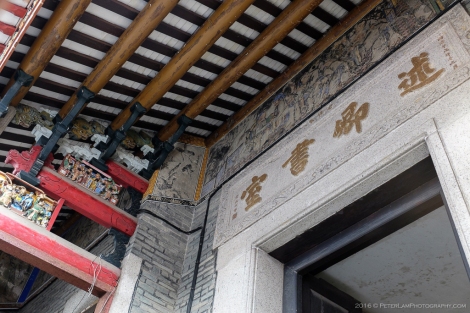 Built by the Tang clan in 1767, the Hung Shing temple is a simple two-hall building with an open courtyard. The Hung Shing deity is widely worshipped by fishermen and those whose livelihoods depend on the sea. 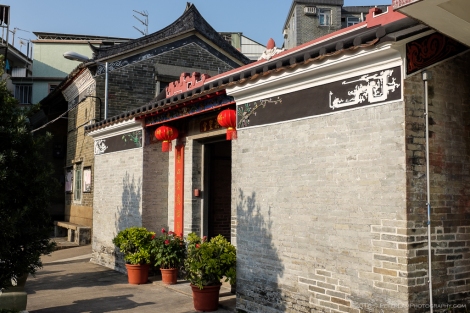 At the end of the trail, the old Ping Shan Police Station, a British colonial-era building, has been converted to the Heritage Trail Visitor Centre. It houses several galleries displaying the history of the Tang Clan in Ping Shan as well as artifacts from the era. In fact, it makes an ideal starting point for the Heritage Trail, providing the historical context of the buildings on the route – so I would recommend that you start on the trail from here, and finish at the pagoda near Tin Shui Wai MTR. 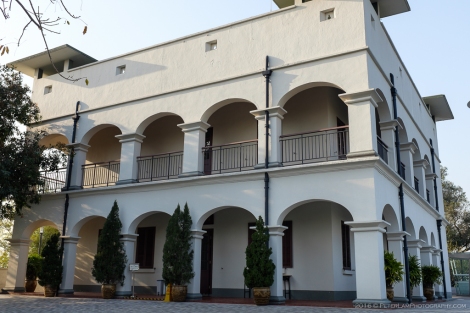