The Great Ocean Road is a famous 243-km stretch of highway on the south-eastern coast of Australia. Built by soldiers between 1919 and 1932, the two-lane road is a Australian National Heritage site and dedicated to fighters killed in World War I, making it the world’s largest war memorial. Winding along the coast through numerous small towns and natural landmarks, the road is a major tourist attraction in Victoria and a must-see for any visitor to Melbourne. 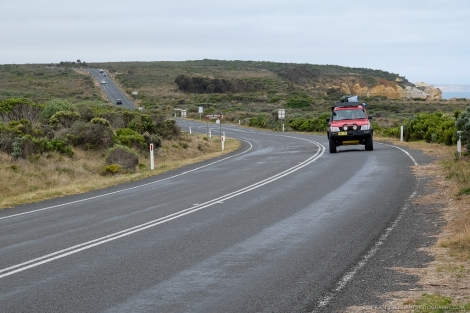 This is a full-day trip from the city, so we hired a tour service instead of driving ourselves. After all the driving in Tasmania I was quite happy to be a passenger for a change! Taking a total of 12 hours, our driver and guide took us along the many attractions on the road, with an entertaining mix of history and personal anecdotes. Ideally you’d want to do this drive over a few days to really enjoy the area, as a day trip is a little rushed, but it’s still worth the long hours. Unfortunately the weather didn’t cooperate for nicer photos, but it did start to clear at the end of the day.

As we arrive at the town of Torquay, the Great Ocean Road officially starts and winds westward hugging the dramatic coastline. We make a brief stop at Bells Beach, world famous for its surfing competitions; the Split Point Lighthouse at Aireys Inlet; and then a lunch stop at Maits Rest Rainforest Walk near Apollo Bay. Part of the Great Otway National Park, the self-guided walk along the massive trees and undergrowth of an ancient fern rainforest is fascinating. 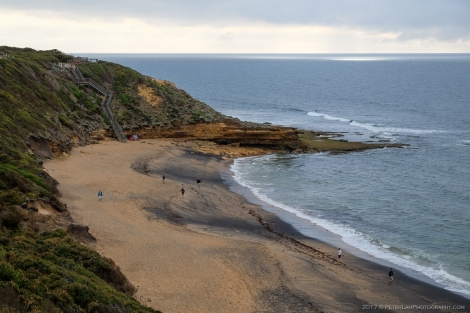 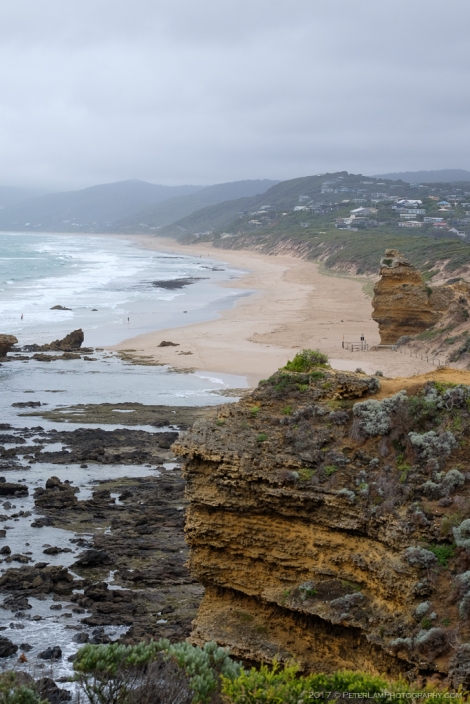 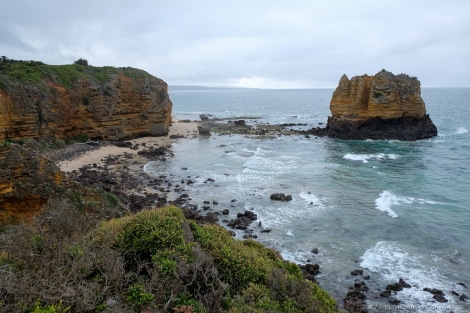 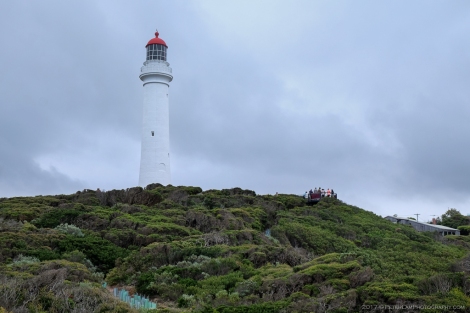 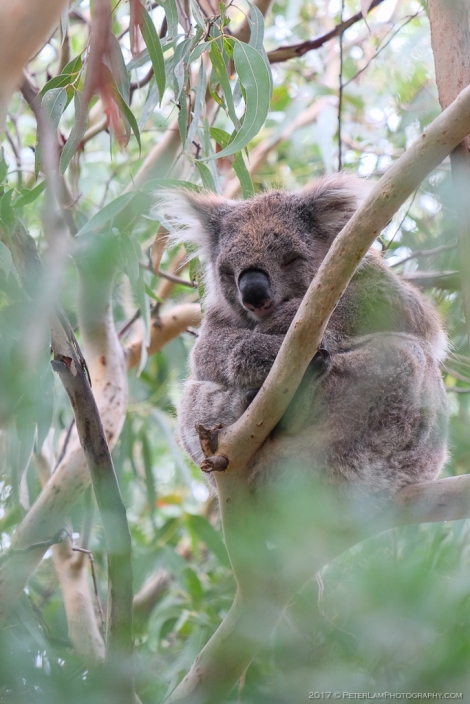 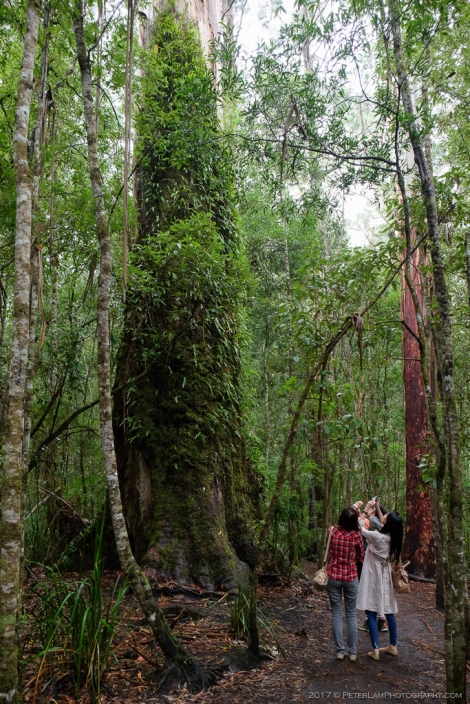 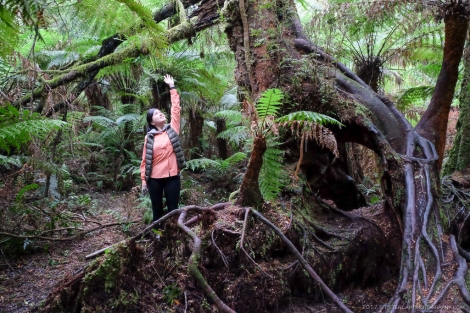 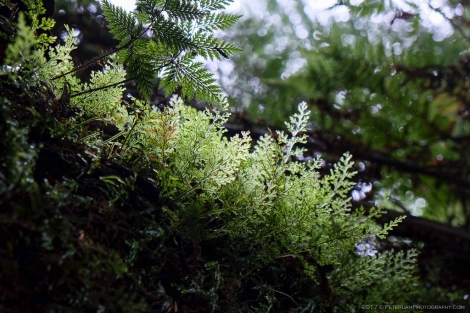 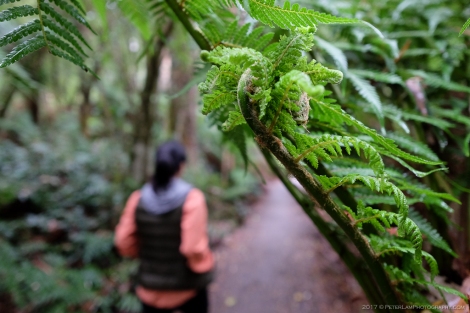 Continuing west, we reach what is probably considered the premier attraction in the area – The Twelve Apostles. These are a number of limestone stacks just off the shoreline, dramatically punctuating the rugged coast for several kilometers. Due to continual natural erosion activity there are only eight “apostles” left standing. The formations are a huge tourist draw, as evidenced by the throngs of visitors at the various lookouts. 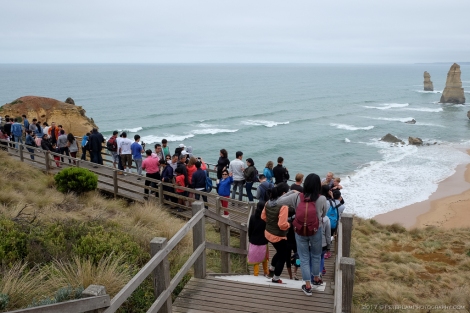 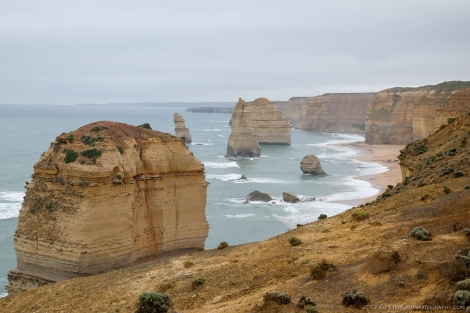 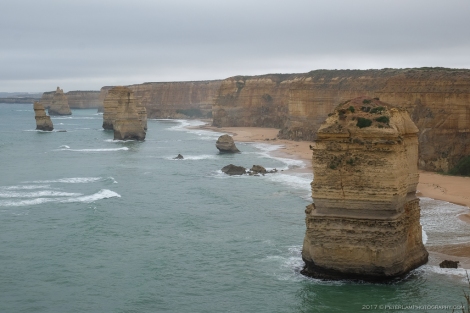 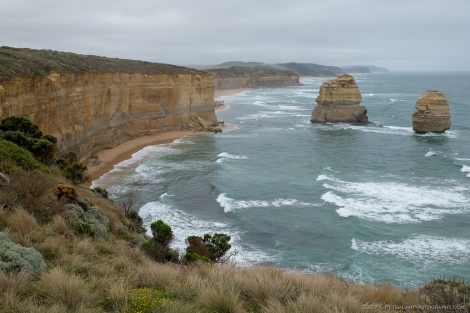 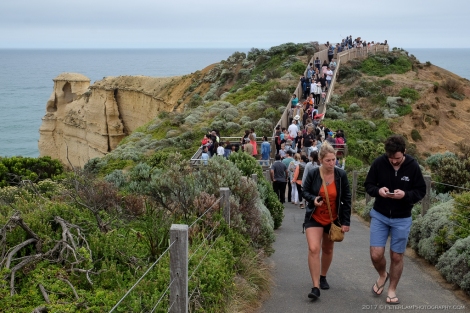 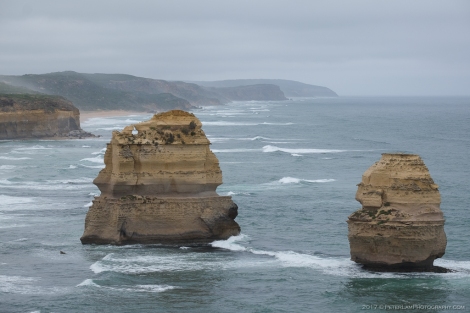 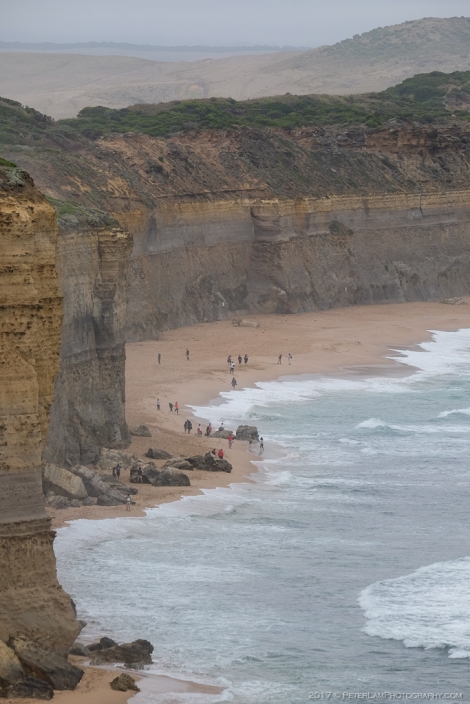 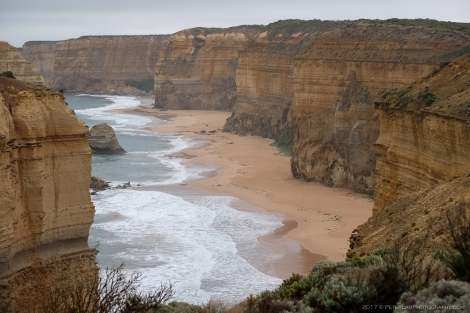 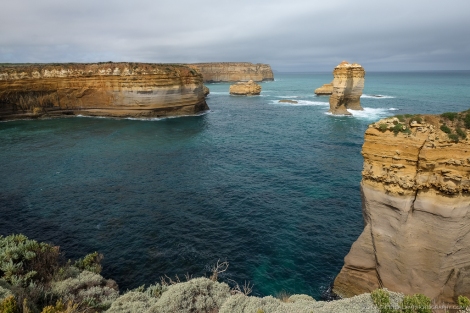 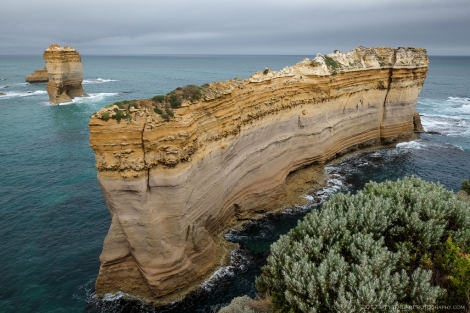 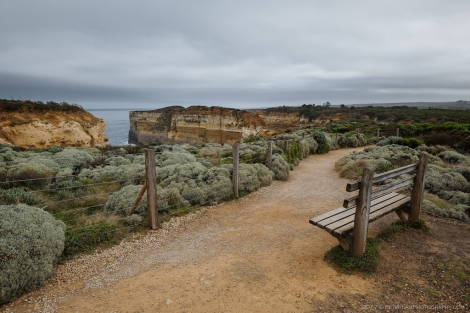 Just a little further west of the Twelve Apostles we arrive at Loch Ard Gorge (named after a 1878 shipwreck in the area), part of the Port Campbell National Park. Here a staircase leads down to a picturesque beach that looks straight out of a movie set… a model of natural beauty and coastal wilderness. And the sun makes an appearance, just in time!

Our final stop of the day before heading back to Melbourne is the London Arch (formerly the London Bridge). This limestone arch used to be a double-span natural bridge before one of the arches collapsed in 1990 – leaving two tourists stranded, to be rescued by helicopter! A testament to the constantly changing landscape of this area. 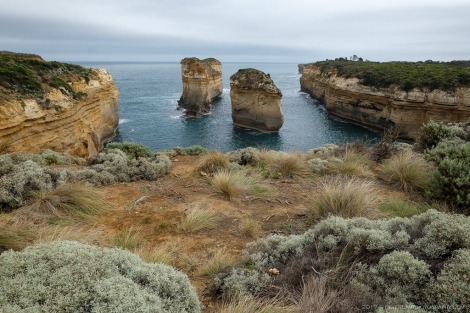 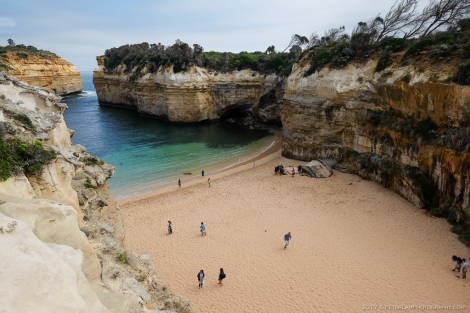 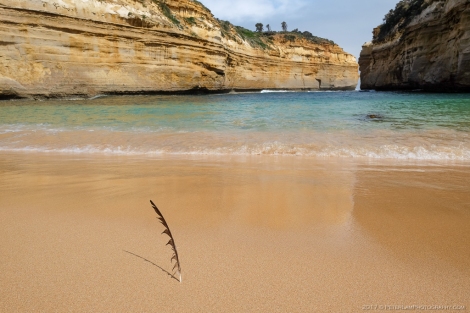 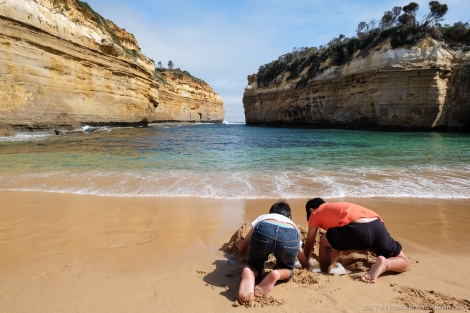 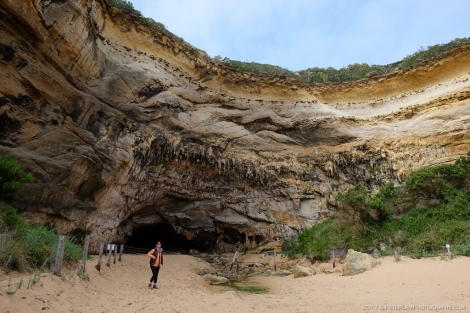 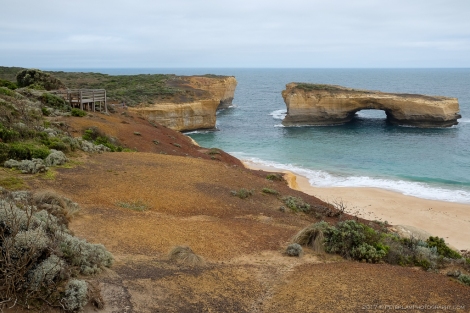