From the lush valleys of Lustrafjorden, we head north east on Route 55, slowly climbing to some dramatically different scenery. In place of thick forests and sparkling fjords, a barren and rugged landscape as far as the eye can see. With snow-capped peaks and emerald green mountain lakes, this is the Sognefjell mountain road – Northern Europe’s highest mountain pass, and one of Norway’s eighteen National Scenic Routes.

Perfectly smooth and twisty, driving Sognefjellet is a real treat. At numerous lookouts along the way, there are breathtaking views of the Jotunheimen mountain range, including Galdhøpiggen (Scandinavia’s highest peak at 2,469 meters) and Fannaråkbreen glacier. As with many mountain passes in Norway, Sognefjellet is closed during the winter season. 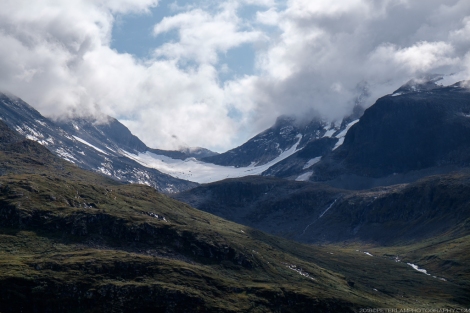 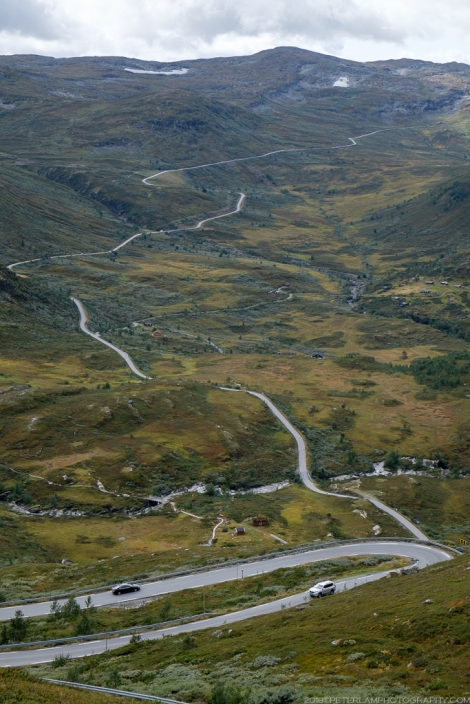 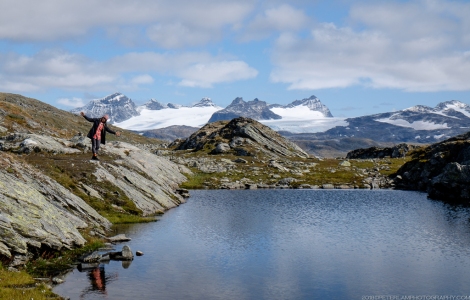 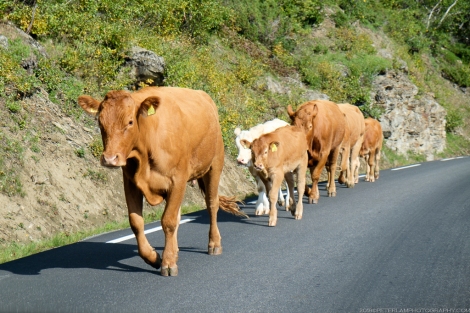 Towards the eastern end of the Sognefjell pass, the route descends into Ottadalen valley and the town of Lom. Here we take a break to visit the Lom Stave Church (Lom stavkyrkje), one of the oldest of its kind with origins dating back to the 12th century. 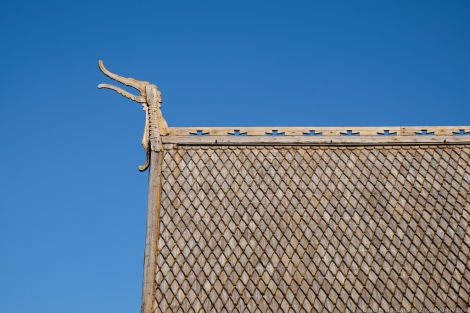 Heading back west, we follow Route 15 along the valley and back to fjord country, peaking at Dalsnibba, a mountain overlooking the famous Geirangerfjord (unfortunately for us, the lookout point was closed by the time we arrived). With evening setting in and skies clouding over with showers, we make the most of another exciting drive down to the base of the fjord, and our final destination of the day – the tourist village of Geiranger. 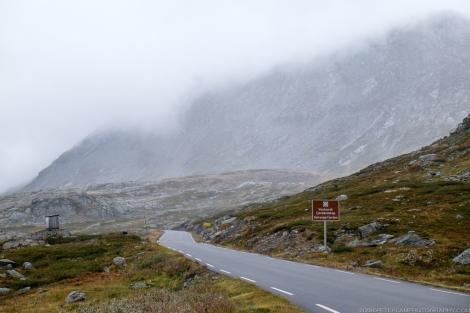 4 responses to “The Roof of Norway: Sognefjellet”

© Peter Lam and Peter Lam Photography, 2013-2019. Unauthorized use and/or duplication of this material without express and written permission from this blog’s author and/or owner is strictly prohibited. Excerpts, images, and links may be used for personal and non-commercial use, provided that full and clear credit is given to Peter Lam and Peter Lam Photography with appropriate and specific direction to the original content. For commercial use of images, please feel free to contact me.
%d bloggers like this: