This weekend, we explored some of Hong Kong’s most beautiful beaches on the eastern coast of Sai Kung district in the New Territories. The Tai Long Wan (Big Wave Bay) hiking trail is a portion of the MacLehose Trail Section 2 and skirts along the shoreline with some of Sai Kung Country Park’s most scenic views. The hike included a slight detour as we lost track of the main trail (damn that map!) but were rewarded with a barefoot stroll on a secluded and pristine beach that seemed more at home on a tropical island than Hong Kong.

The hike as tracked by RunKeeper.

The trail starts at the pavilion at the end of Sai Wan Road, about 30 minutes by taxi or minibus from Sai Kung town center. On the way there, we saw many trail runners (and walkers) coming the opposite way – turns out there was a trail competition this day, so the path was very busy. I’d say at least a few hundred competitors of all skill and ages participating. If anyone knows what race this was, let me know!

This hike is also part of the Hong Kong Geopark network of trails that cover some the area’s unusual geological features. We ended up crossing three beaches – Sai Wan, Ham Tim, and Tai Wan – that together make up Tai Long bay. Each beach got progressively more secluded and more beautiful. Tai Wan beach especially was very nice, where we walked barefoot on the fine sand along the incoming tide. I also noticed Sharp Peak in the distance, an impressive looking mountain which is the highest point in Sai Kung. I must make this a destination one day!

Just north of Tai Wan beach we met a trail rescue team (not for us, but probably from the competition) who advised us to turn around and rejoin the main MacLehose trail as it was getting dark. Thank goodness or we would have continued onwards into rough terrain… After doubling back to Ham Tin beach, we pressed onwards on MacLehose 2 which is a cement trail that passes Chek Kung village on the way to the trail end at Pak Tam Au. At this point it was very dark. From there we took the bus back to Sai Kung town and a well-earned seafood dinner.

All in all this was a great walk. A combination of mountains, beaches, and terrific views, plus some night hiking. And good job by my nephew Lewis on his first hike with us – I’m sure he’ll be back for even more challenging treks. Total distance was around 14km with a few steep climbs and descents, taking 6 hours at a leisurely pace including a few breaks.

Right from the start, a nice southern view of the High Island Reservoir.

The runners were all destroyed coming up this steep hill! 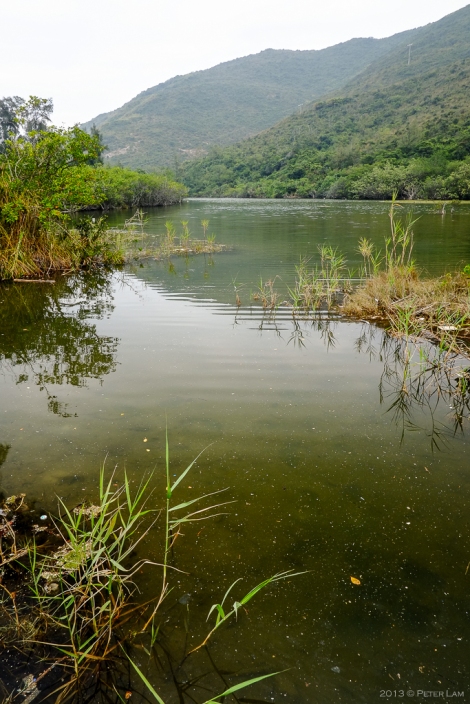 A pond on the way, now the MacLehose Trail Section 2. The water eventually leads down to the beach at Sai Wan. 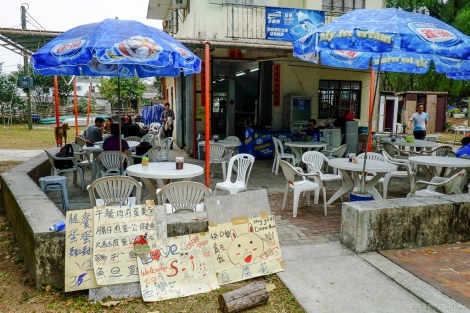 Refreshment stands in Sai Wan village at the beach. 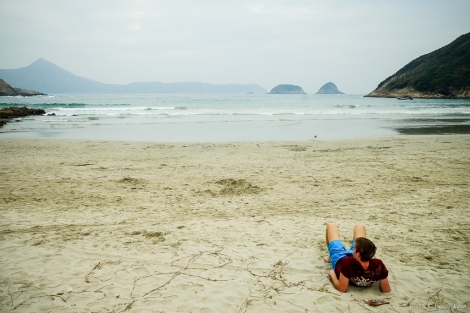 Relaxing at Sai Wan beach. Seems to be a popular surfing destination.

A view of Sai Wan bay from the beach. 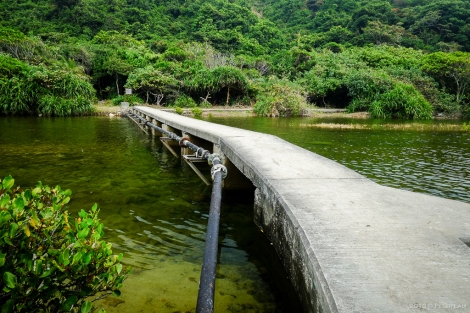 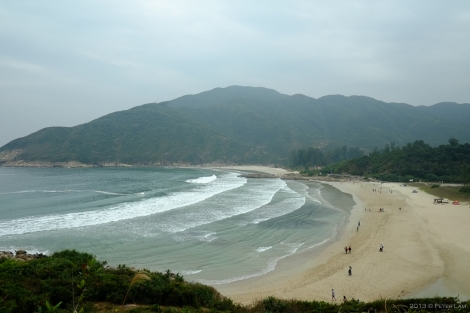 Looking back at Sai Wan bay and beach. 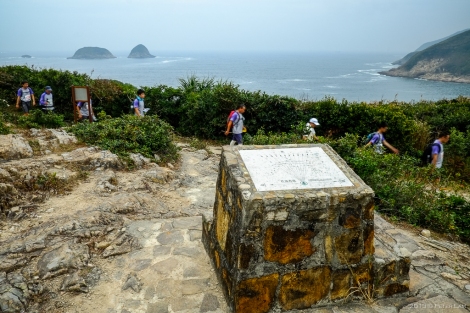 Onwards to Ham Tin bay, a sundial by the trail and many trail runners coming the opposite way. 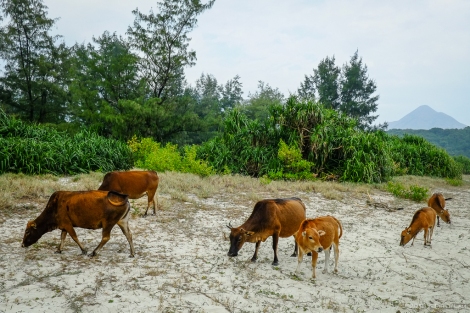 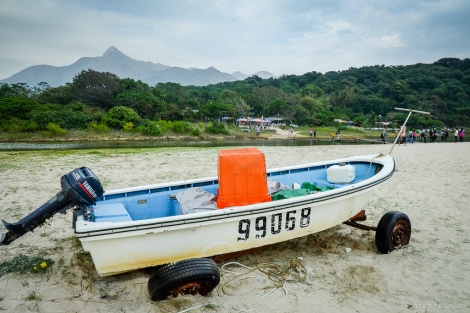 A makeshift bridge at Ham Tin beach that leads to the refreshment stalls. Basically a bunch of rickety planks put together with string and wires! 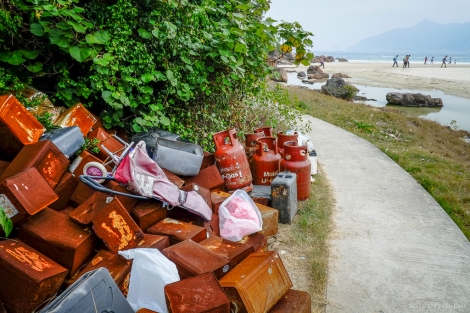 Unfortunately, lots of garbage around – but at least this is off to the side. 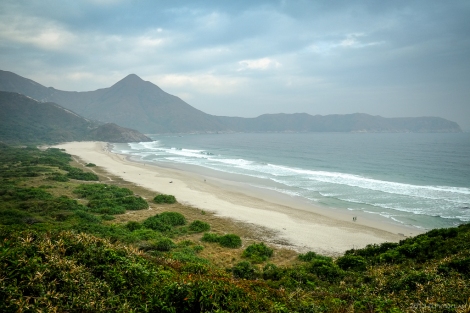 Onwards to Tai Wan Bay and an amazing isolated beach.

The beach at Tai Wan (“Big Bay”) was perfect – pristine sand. Take off your shoes and go barefoot! 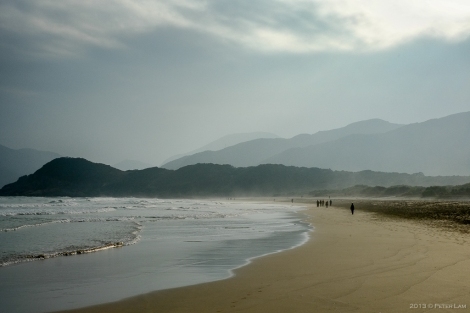 One more shot… The sun was setting and it started to get dark quickly. We turned back to the main trail shortly hereafter. 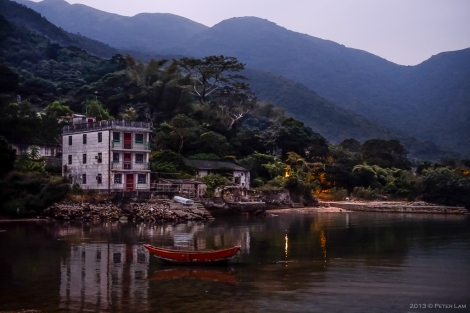 On the MacLehose Trail Section 2, at Chek Keng village near Chek Keng Hau. At this point it was really dark and we journeyed the remainder of the trail with flashlights on.