So after two weeks in icy Canada, it’s back to milder but still cool and wet Hong Kong. This past weekend I decided to take on a local trail – the Lo Fu Tau (老虎頭, literally Tiger’s Head) Country Trail on the northeastern side of Lantau Island. This is a scenic hike that starts at around the half point on the Olympic Trail, the route from Pak Mong village to Mui Wo which I’ve done a few times before. The trail carves through rolling hills and is dotted with curious rock displays, culminating with a great view of Discovery Bay from the peak.

The route tracked by MapMyHike. Lo Fu Tau is accessed off the main Olympic Trail.

Well, I’m sure it’s usually scenic, but on this day it was typical (bad) monsoon weather, so visibility was very low. It was also very windy, and threatening to rain; and as the elevation increased, the conditions worsened. Upon reaching the peak at 465m, visibility was zero – the mountain was literally shrouded in cloud, and there were gale force winds from the east. In retrospect, this wasn’t a good idea after all…

Due to the shifting weather, instead of taking the usual descent down the steep eastern face of the mountain to Discovery Bay, I returned on the same route and completed the Olympic Trail to Mui Wo, making it a 16km hike. I was pretty happy to get out of the wind and cold – and happy I didn’t get blown off the mountain. 🙂

Still, this was a good hike and probably one I’ll do again in clear weather. The views from the peak should be quite spectacular. 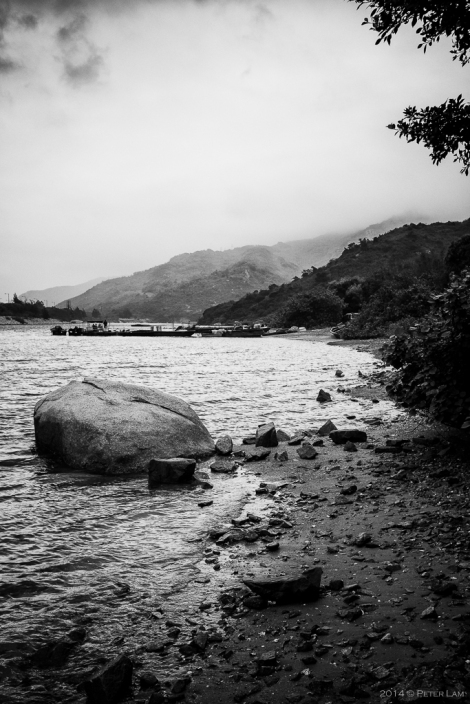 The Lo Fu Tau trailhead branches off the Olympic Trail.

The first section of the trail is fairly level, and visibility is still OK here.

A part of the trail passes by the westerly end of the Discovery Bay Golf Club. 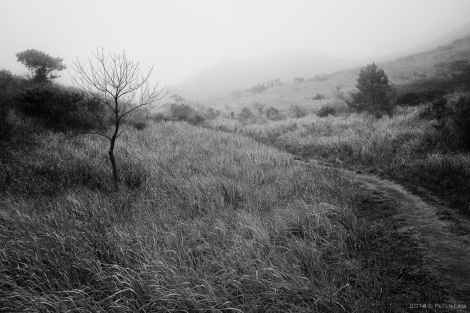 As the elevation rises, the visibility starts to get worse… 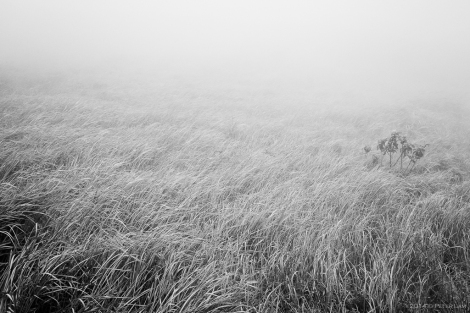 And some sections you really can’t see much. The wind is also picking up. 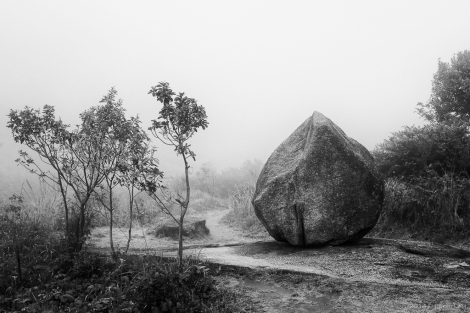 Some very interesting boulders on the trail. Here’s one that looks like a giant peach. 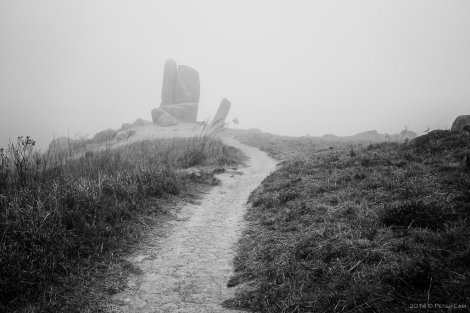 A little further up the trail, close to the edge of the cliff.

It looks like this stone was precisely split by a sword. 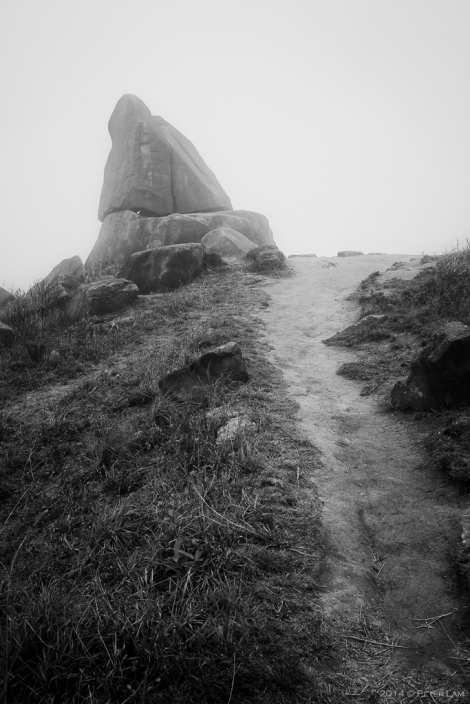 The trail is fairly isolated, and with the clouds it was a little surreal. 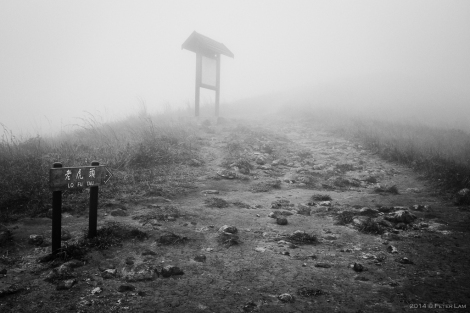 Here, a few more meters to the peak. 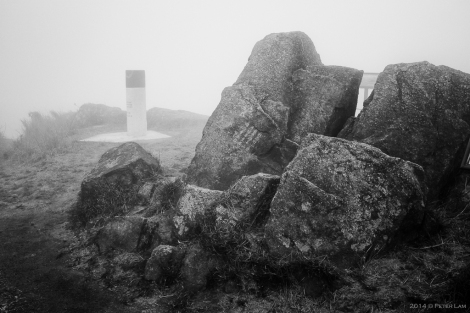 The peak at 465m facing Discovery Bay. Here it is extremely windy and cold. 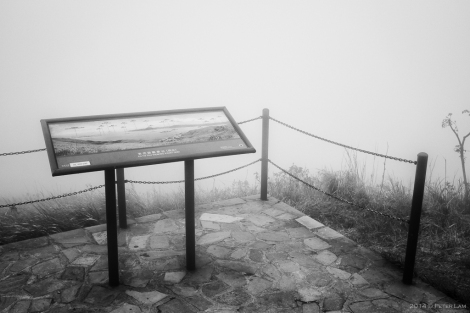 Enjoy the view? Not today.

Back on the Olympic Trail, I descend towards Mui Wo village and Silvermine Bay. The weather conditions are much less extreme on this side.