Located downtown and easily accessed via a 15-minute ferry ride, the group of islands collectively known as the Toronto Islands is a great escape from the busy city. Originally formed as sand-bars from the erosion of the Scarborough Bluffs and carried by the lake currents, these islands are now a favorite recreational destination for Torontonians to relax and enjoy a countryside setting without actually leaving the city. The island chain, which is comprised of about ten or so large and small islands, is also North America’s largest car-free urban community. The western end is home to Toronto’s small city airport, the Billy Bishop Airport.

The route as tracked by MapMyHike.

There’s lots to do on the islands. In addition to the landscaped parks and wooded areas, there’s a small amusement park for kids (Centreville) and a few beaches (and yes, even a nude beach). You can also rent bicycles for the day, which is a great way to get around the area. A few weeks ago, I took the ferry across and walked the outer perimeter of the islands from one side to the other to take a few pictures. It was typical Toronto spring weather – first rainy and cold, but then the gloom suddenly cleared up.

For some of the photos I used a variable ND filter, which accounts for the somewhat odd colour cast. I probably won’t use that filter again 😦 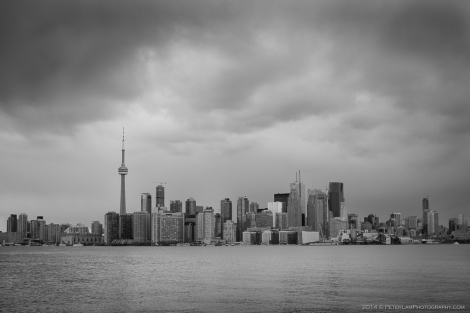 View of downtown Toronto from the islands.

Along the boardwalk on the south side of Ward’s Island.

Migrating geese back for the summer. 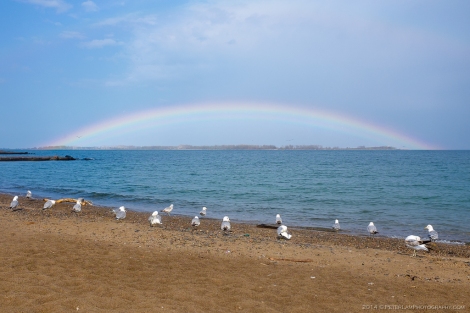 Rainbow over Tommy Thompson park, a haven for migrating birds.

The Central Pier on the southern shore. 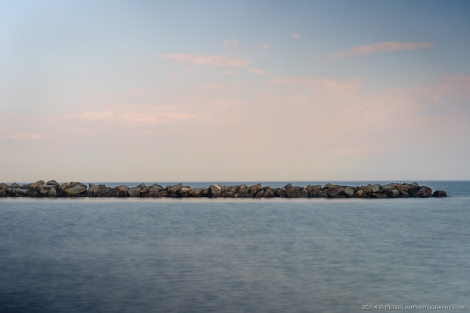 Breakwater rocks next to the pier. 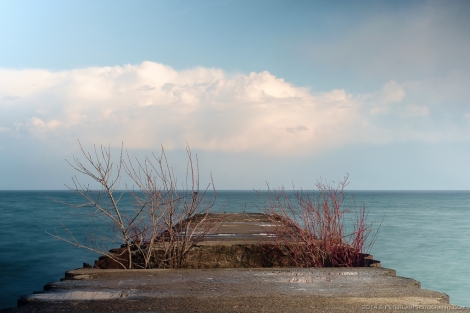 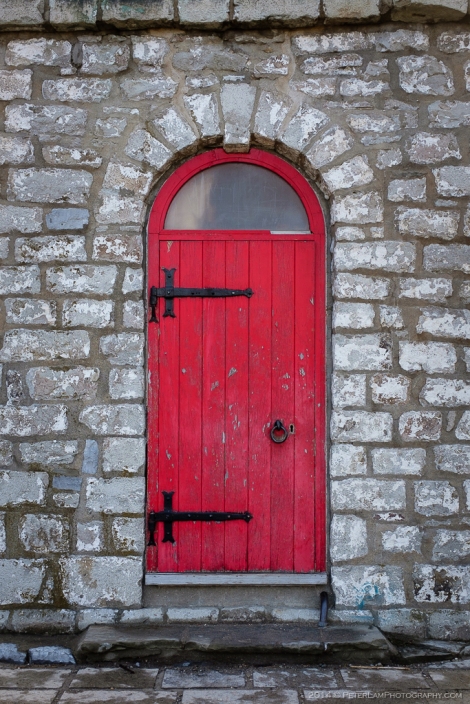 The lighthouse door. Some say the place is haunted…

4 responses to “The Toronto Islands”