In the northeast New Territories, Pat Sin Leng (八仙嶺) is a mountain range named after immortal spirits in ancient Chinese mythology. Literally translated to “Ridge of the Eight Immortals”, the range is comprised of eight mountain peaks each named after a different Immortal (or transcendent fairy). The mountain range is also the main geological feature of the Pat Sin Leng Country Park, and one of the more challenging hikes in Hong Kong.

The route taken along the Pat Sin Leng mountain ridge.

The hike follows the Wilson Trail Stage 9 in an easterly direction, starting at Hok Tau and finishing in the foothills of the mountains at Tai Mei Tuk. This is a long and fairly strenuous route, mainly due the initial steep ascent up to the ridge. Once at the top, the trail evens off a little as you follow the ridge over several peaks before reaching the Eight Immortals toward the latter part of the hike. In fact, we’ll first be traversing the Ping Fung Shan and Lai Pek Shan mountain ridges before tackling the Pat Sin Leng range. Along the way, the Wong Leng summit at 639m is the highest point on the ridge.

The effort is well worth it. Even on a somewhat hazy day, there are great views of Tolo Harbour and the Plover Cove reservoir to the south, and sprawling Shenzhen on the mainland to the north. You are transported to a world of rolling hills and valleys, jagged rocky outcrops, and grass towering above your head, all by following a well defined trail snaking along the mountain ridge. There is a certain peace here that’s hard to describe – photos don’t really do it justice. Bring plenty of water and a snack – there are no opportunities to resupply on the way. You’ll have plenty of company though, being a popular weekend hike.

Our hike starts at the Hok Tau Irrigation Reservoir near Fanling. 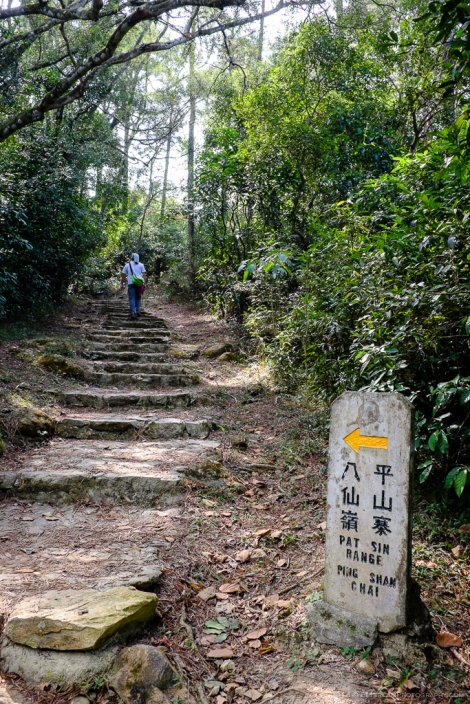 The Wilson Trail Stage 9 and the start of the climb. 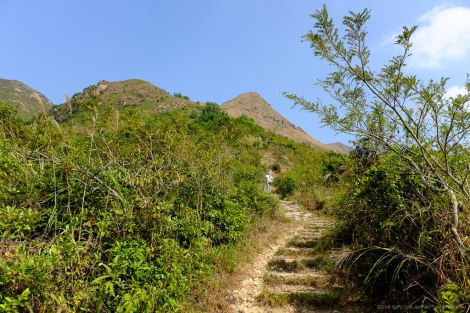 Seemingly endless steps up and the first peak of the Ping Fung Shan mountain range looms ahead. 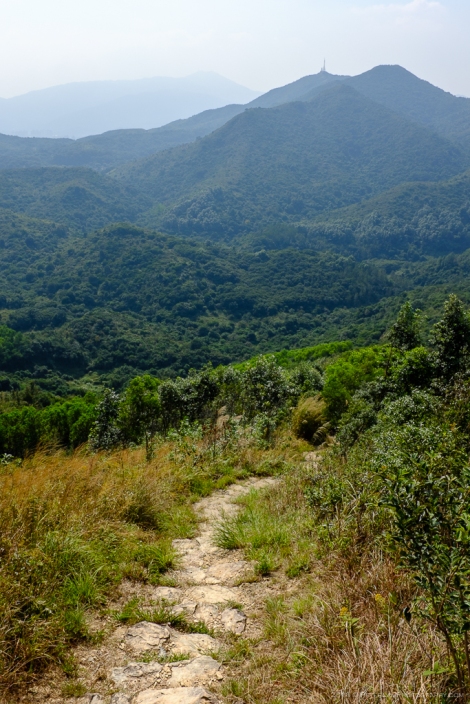 Looking back at neighbouring Cloudy Hill. 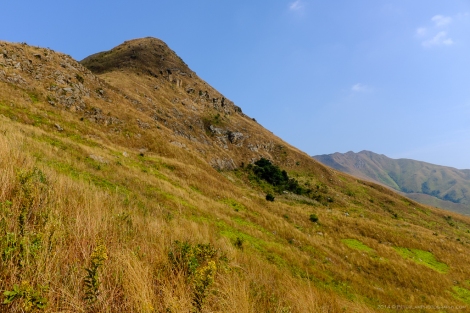 At about 400m we are above the treeline and there is no hope of any shade.

Looking north we can see Sha Tau Kok in the distance, and Shenzhen and the mainland beyond.

With the initial ascent behind us, we continue the trail on the Ping Fung Shan ridge.

Parts of the ridge have a sheer dropoff. Great for parasailing!

A look back at the impressive Ping Fung Shan mountain ridge.

Approaching Wong Leng mountain, about half way along the hike.

Up to the peak at Wong Leng at 639m. This is slightly off the main trail, and the highest point on the hike.

A side of Hong Kong that most people don’t know even exist!

Looking south from Lei Pek Shan, a hazy view of Tolo Harbour. Can you see the Guanyin statue and Tsz Shan Monastary?

This 7-foot tall grass is everywhere on the ridge. 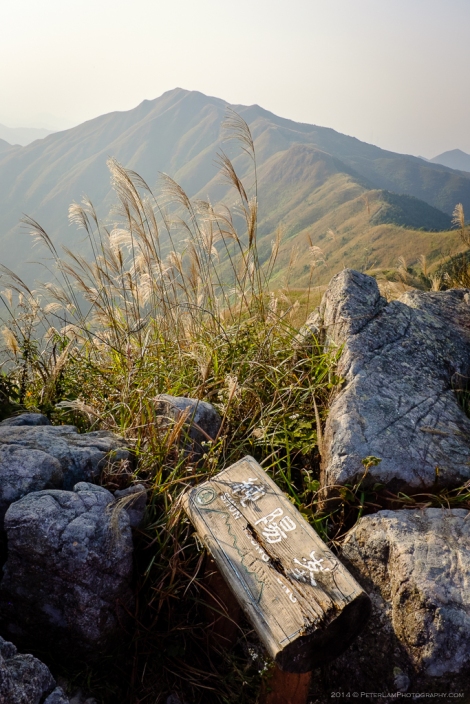 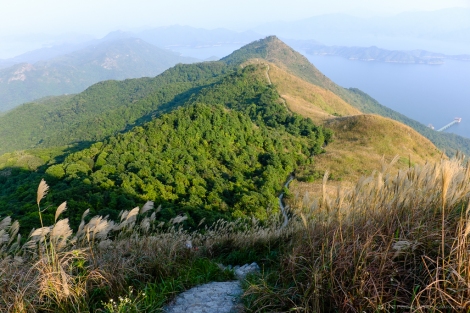 The second, third, and fourth peaks within sight. Lots of work ahead.

Looking back from the third peak, Kao Lao Fung mountain.

The fifth and sixth peaks ahead.

Atop the fifth peak, Tsao Kau Fung mountain at 510m.

Down the valley onto the sixth and seventh peaks. 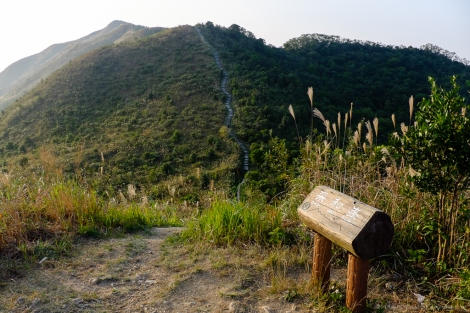 At Choi Wo Fung mountain, the sixth peak at 489m.

The sun beginning to set on Pat Sin Leng. One more peak to go!