Highway 93 North, better known as the Icefields Parkway, runs through Banff and Jasper National Parks from Lake Louise in the south to Jasper Town in the north. This world famous scenic drive follows the Continental Divide and is about 230 kilometers long; it could easily be covered in 3-4 hours, but chances are you’ll take much longer than that. The stunning scenery at every turn makes this one of the greatest drives on the planet.

Click here for an outline of our Rocky Mountain adventure

On the second day of our Canadian Rockies trip, we took the whole day to explore this route. Luckily the long summer days means it doesn’t get dark until well after 10pm. After breaking camp at Bow Valley Provincial Park, we traversed the parkway on our way from the Kananaskis towards British Columbia, where we would be staying in a lodge before our big backcountry hike. We stopped frequently on the way to take in the grand and rugged beauty of our surroundings. To protect wildlife from the road traffic (and vice versa), the length of the parkway is fenced, and there are frequent overhead crossings designed for animals to get from one side to the other. Therefore you shouldn’t expect to see much in terms of wildlife on the parkway. 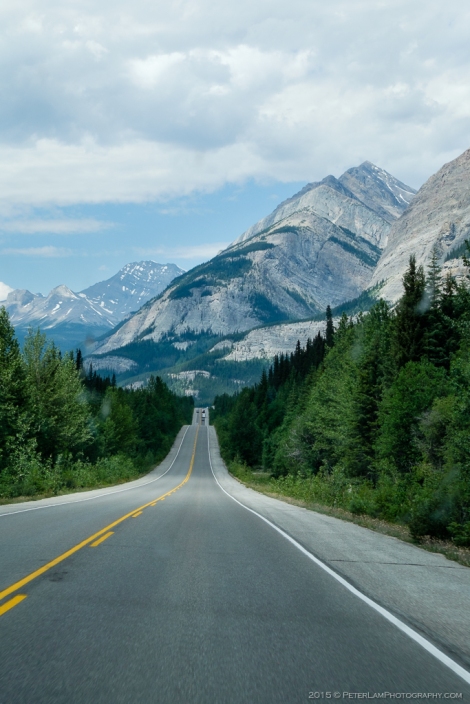 At its southern end, the Icefields Parkway terminates at Trans-Canada Highway 1, which links Lake Louise with the town of Banff. An alternative route is the Bow Valley Parkway which is a scenic and less busy two-lane highway that parallels Highway 1 before joining the Icefields Parkway. It parallels the Bow River and has some fantastic views of the valley and railway line below.

This is a beautiful drive that is not fenced, so the chances of seeing some wildlife is greater – and as it happened, we were lucky to spot a large bear foraging right next to the road. A number of cars had pulled over and were taking pictures – the bear completely ignored us and went about his business. What a magnificent animal! 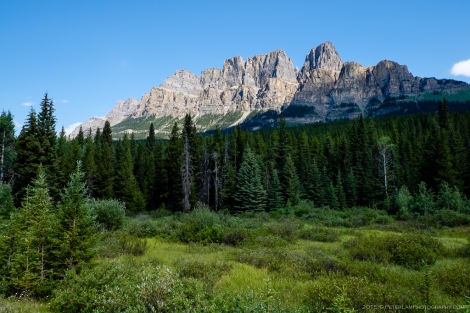 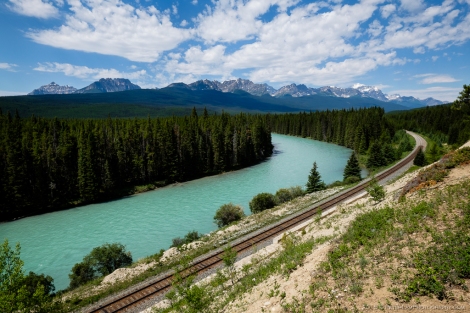 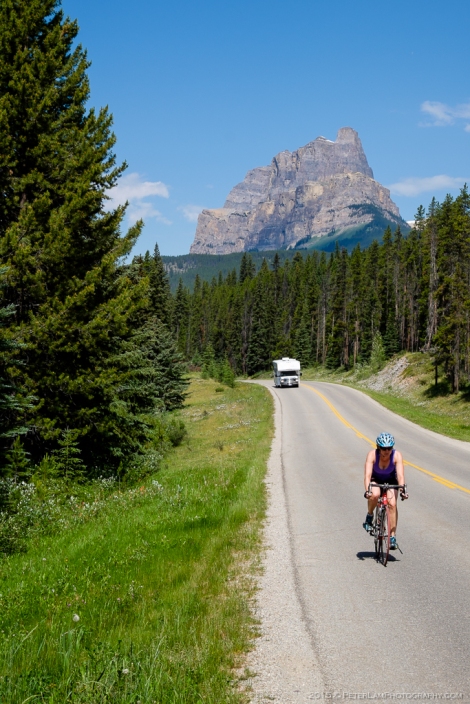 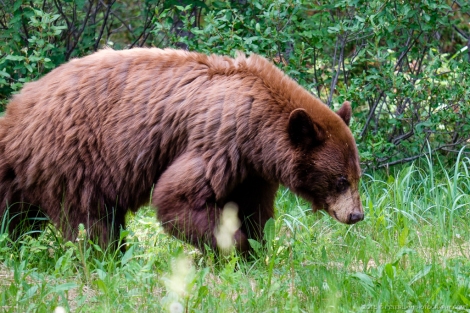 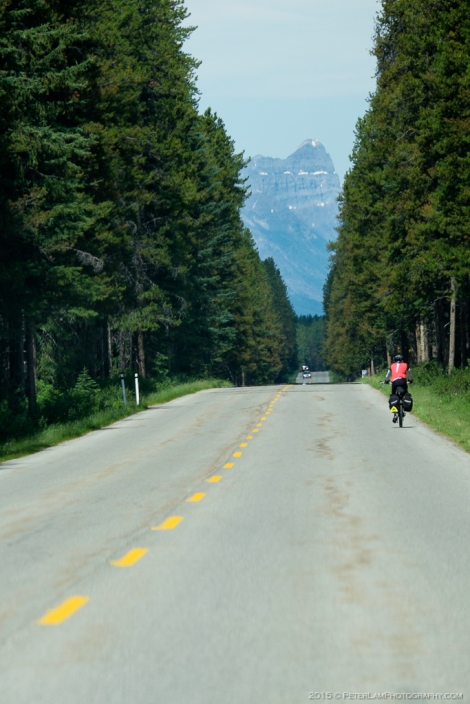 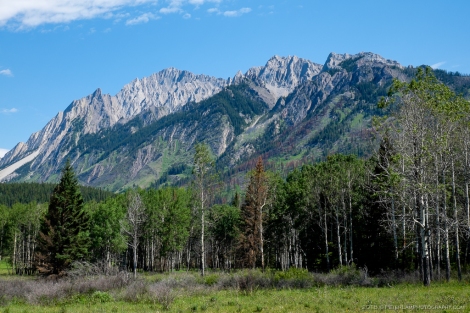 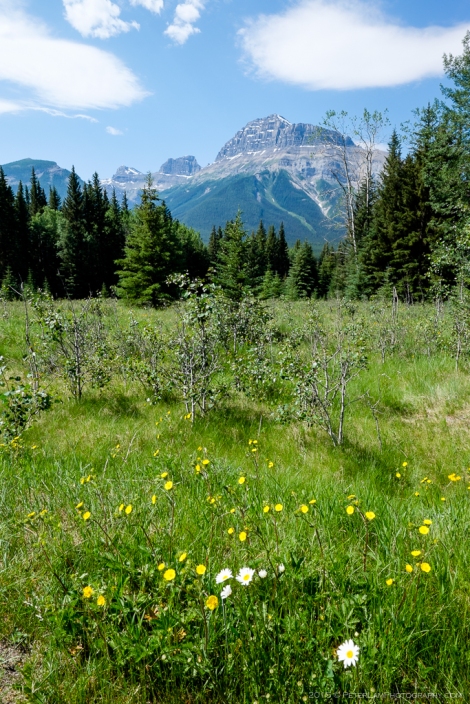 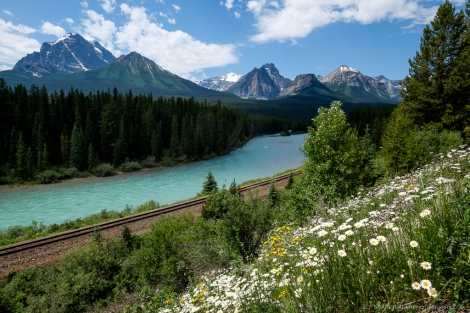 Further along the Icefields Parkway, there is a lookout point near Crowfoot Mountain and beautiful emerald-coloured Bow Lake. The Crowfoot Glacier is clearly visible on the upper half of the mountain. The lake is shallow enough to wade in (and we did, if only for a few seconds at a time, because it was incredibly cold). The view here is one of the most beautiful on the entire parkway. The sheer scale of it is something hard to capture in a photo – you really have to be there. 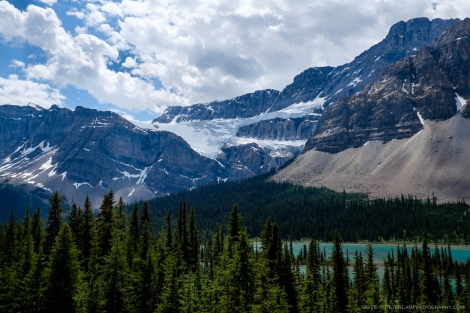 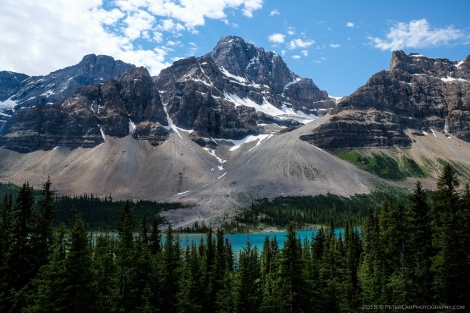 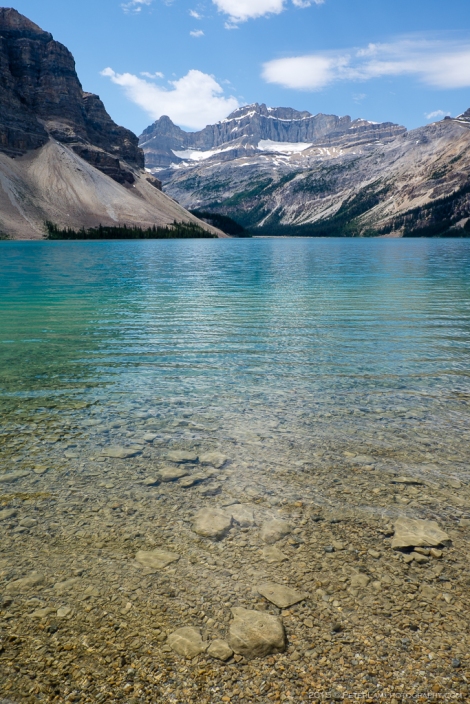 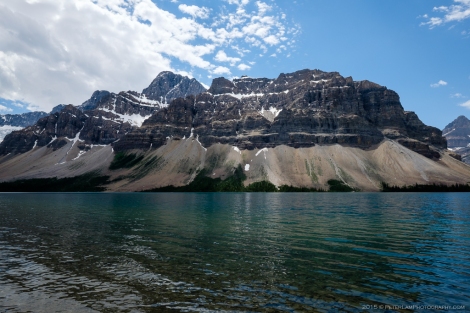 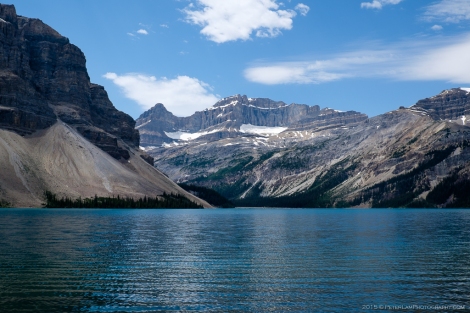 Columbia Icefield and the Athabaska Glacier

For an up-close encounter of a glacier, we visited the Icefield Center near the Columbia Icefield. Due to its easy accessibility from the parkway, the Athabaska Glacier is the most visited glacier in North America. From the center you can take a specially designed snow coach that will take you up a steep grade onto the glacier itself. Yeah it’s totally touristy but for a first-time trip, it’s pretty much mandatory :-).  Despite warnings of hidden crevasses, some visitors ventured onto the upper sections of the glacier. The meltwater was incredibly clear and, supposedly, the key to eternal youth, according to our coach drivers. There is also a short trail where you can walk on the moraine up to the toe of the glacier.

The Athabaska Glacier currently recedes at a rate of 5m per year – so you better hurry if you want to see it! The impact of climate change is clear here. 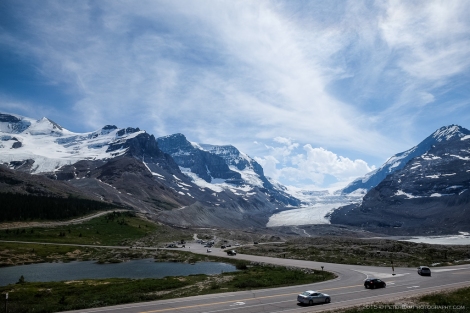 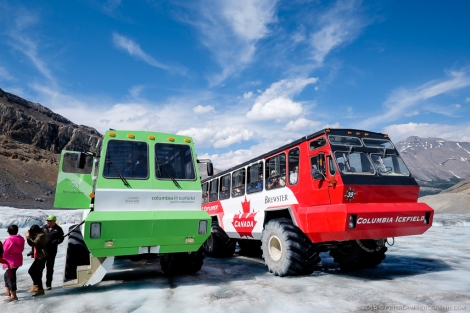 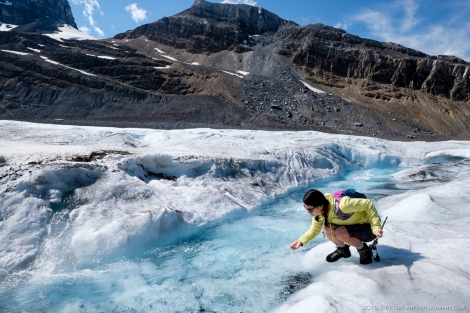 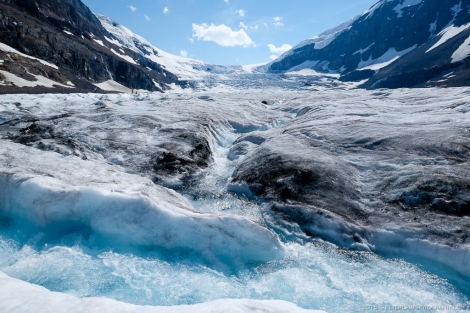 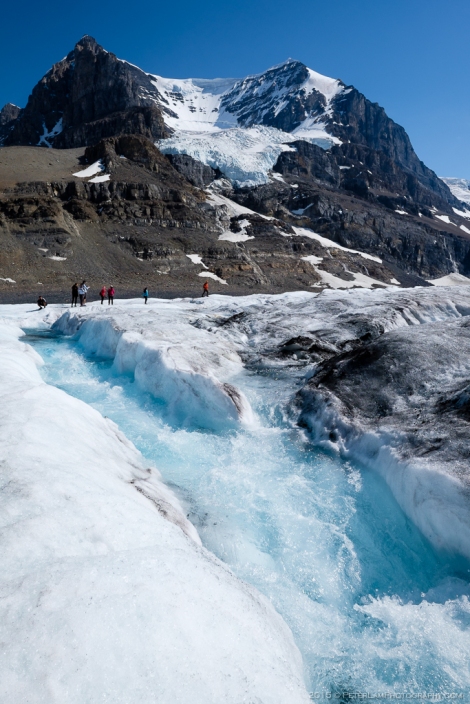 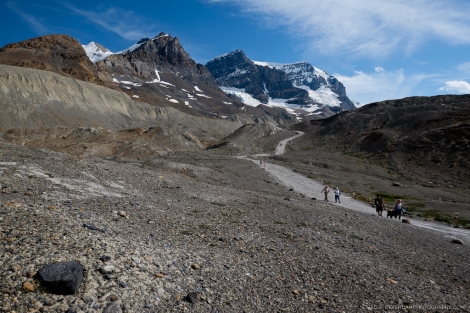 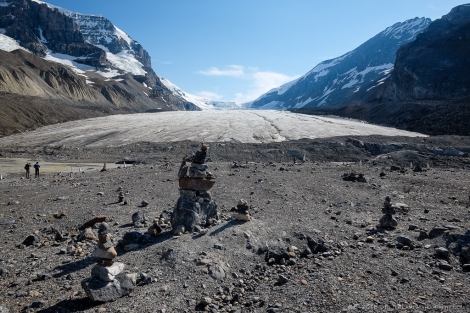 Awestruck by the beauty of the landscape on this great drive, we finally made it to the town of Jasper, marking the end of the Icefields Parkway. After a late dinner, we continued further east, crossing into British Columbia. Arriving at our lodge booking in the fading light, our destination for the next 4 days was beckoning: Mount Robson, the highest peak in the Canadian Rockies. 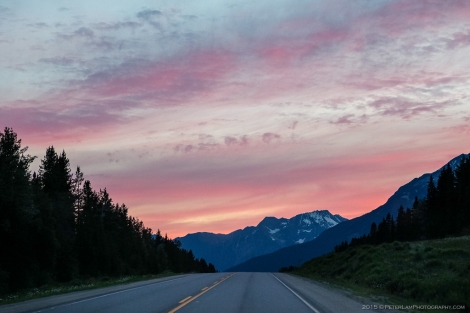 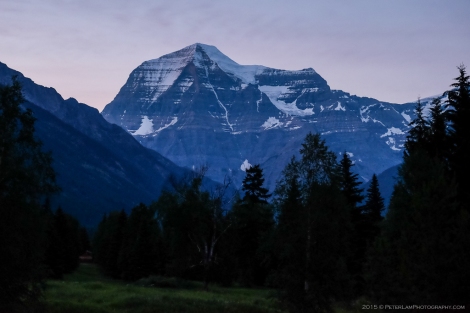 3 responses to “Along the Icefields Parkway”