Having been foiled by wet and blustery weather the past few weekends, the conditions finally improved enough for some comfortable hiking. Stages 7 and 8 of the Lantau trail winds along the southwest section of the island, around Fan Lau peninsula, and promises great coastal views with only a few elevation changes. The lengthy 17km distance seemed appropriate for getting back into trekking mode after our hiatus.  Disaster struck before we were on the trail, though. I accidentally dropped my trusty Fuji X100S camera (ugh!), rendering it inoperable – so I had to make do with my iPhone for the photos.

Along the Water Catchment

After a 30-minute bus ride from Tung Chung, our hike starts at the western end of Shek Pik Reservoir. Here the trail follows a cement path along a water catchment canal for about an hour or so. Not too much to look at here but since this side of Lantau is rarely visited, the tranquility is appreciated. 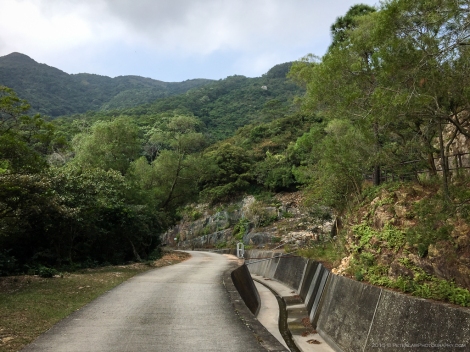 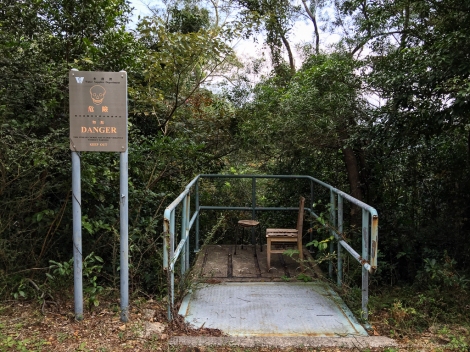 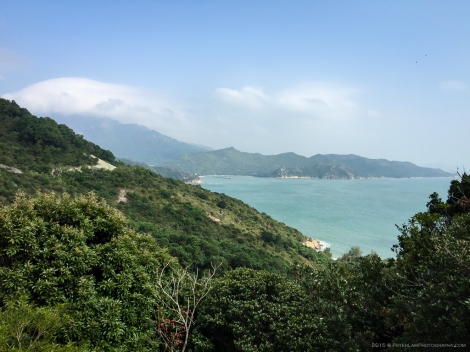 A short detour from the main trail loops around a promontory where you’ll find a scenic viewpoint overlooking East Fan Lau Bay (分流東灣). Close by is the South Obelisk, erected by the British to mark the southern end of Lantau (there is a corresponding North Obelisk near Tai O village). The view of West Fan Lau Bay (分流西灣) is equally impressive, and this is where Kau Ling Chung campsite is located – where we were headed next. 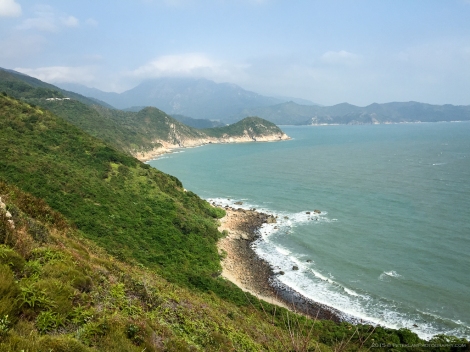 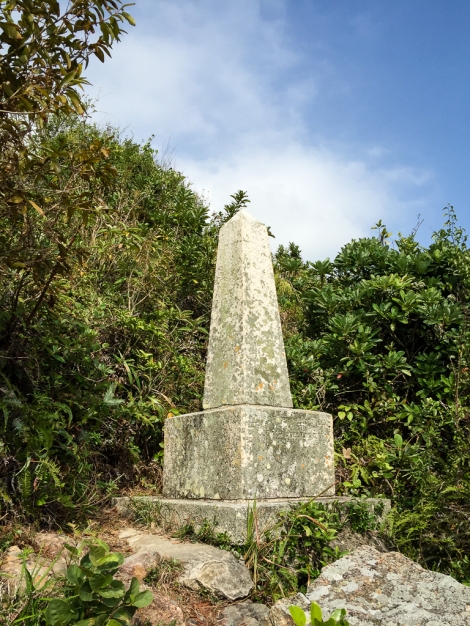 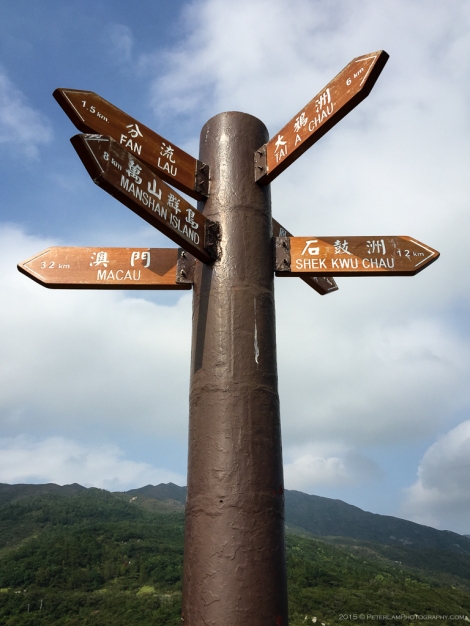 Nestled in lush woodland and with access to a secluded beach, the campsite at Kau Ling Chung is one of the most scenic on the island. Due to its remote location, the site is almost always unoccupied, so this is a great camping destination if you’re looking for some peace and solitude (something of a rarity among Hong Kong’s usually crowded campsites). 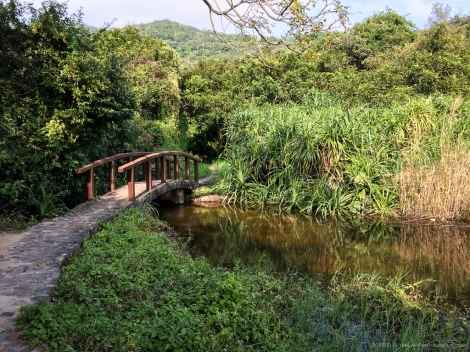 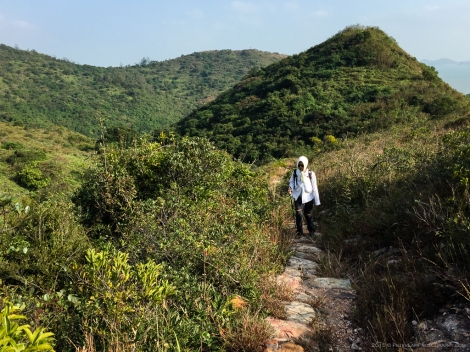 Heading further west, we follow the coast along a well-defined path complete with chain guardrails and great views of the South China Sea below us. Now on the Fan Lau Country Trail, this route loops around the southern tip of the peninsula, Fan Lau Kok (分流角) before rejoining the Lantau Trail further north. We pass a sandy beach (unfortunately littered with garbage) before heading towards one of the areas landmarks, the so-called Stalagmite stone perched at the top of a hill. 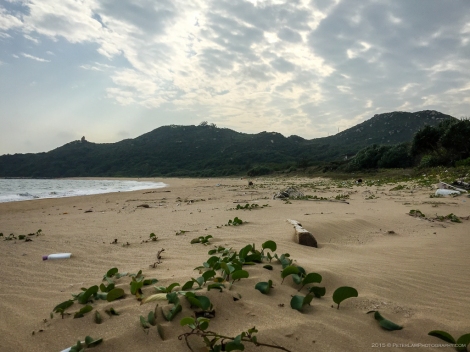 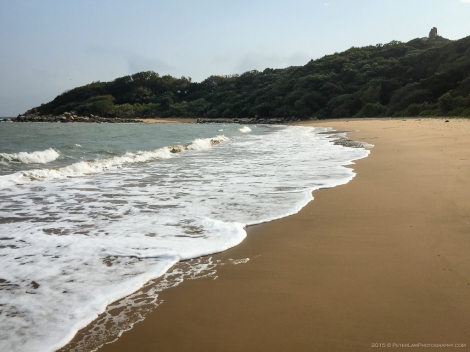 Further on the trail are some other points of interest. The ruins of Fan Lau Fort are the remains of a fortification once built to protect the sea routes in the area. Dating from the Qing Dynasty, it was declared a historical monument in the 80’s. Nearby is also an ancient Stone Circle with unknown origin or purpose; it is believed to date from the Stone Age and possibly used for rituals. On Fan Lau Miu Wan bay (分流廟灣) is also a Tin Hau temple dedicated to seafaring. 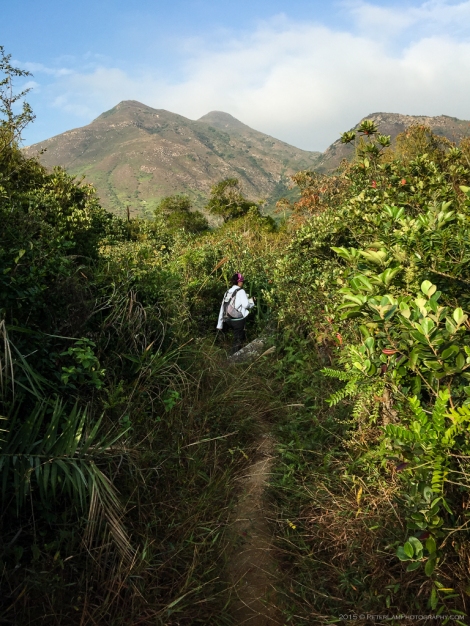 We rejoin the Lantau Trail near Fan Lau beach, close to the old village of Fan Lau which is now largely abandoned, save for one or two refreshment stores open on weekends. Approximately half way through the hike, the trail now heads north along the coast of West Fan Lau Bay and through some heavy woods towards Yi O village. The sun was beginning to set so we press on and pick up the pace. 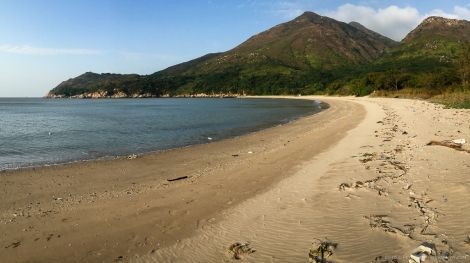 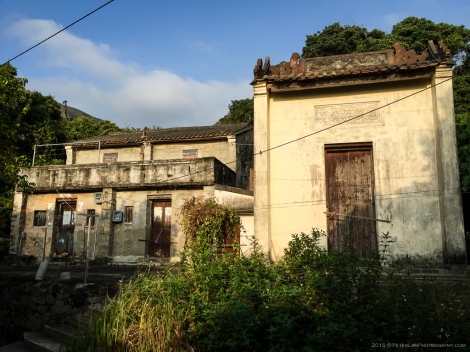 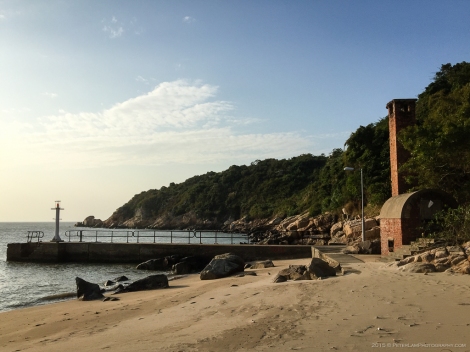 At Yi O, we came across a small farming co-operative and family camp site. After 4 hours of hiking, this was the first time we saw other people on the trail; the camp was buzzing with activity, and a lot of families seemed to be enjoying the outdoor experience. There were a few tents set up for overnight stays. We didn’t see much of a village, though, just a few abandoned buildings. Maybe the Yi O main village was further off the trail?

The remaining portion of the hike was done in the fast fading evening light. Tracing a route along Yi O bay, past the mangroves and mudflats, we make our way to Tai O village. By the time we reached the promenade it was dark; our hike had taken just under 6 hours, covering over 17 km, and it was well worth the effort. 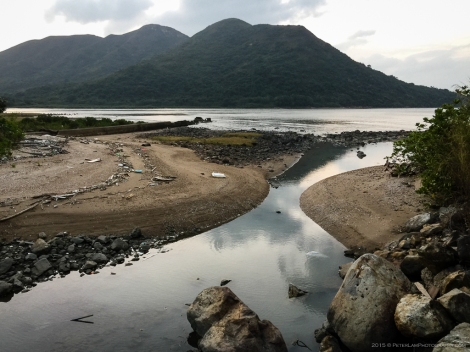