The festival known as Nuit Blanche is an annual arts crawl where downtown Toronto is transformed into a celebration of contemporary art. The event is free, and from dusk to dawn many of the city’s private and public spaces are filled with weird and wonderful installations from both local and internationally renowned artists. Other cities around the world host similar events, though sometimes under different names.

Held this past weekend, the 2016 edition marks the 11th annual Nuit Blanche for Toronto, and despite being smaller in size than previous years (and notably lacking a title sponsor) the extravaganza is still worth the all-nighter. Just be prepared to walk a lot! The balmy weather and lack of rain also resulted in huge crowds and long lines for the more popular installations.

My photographer friend Jeff and I grabbed our cameras and tripods, and roamed the city for almost 10 hours checking out the various sites around the downtown core. We covered over 24 kilometers on our photowalk, so this turned into a true urban hike. Some of the venues had very long lines, so a few were skipped – being impatient as we were. These were primarily indoor exhibitions; luckily most of the open air installations were readily accessible. Major arteries were converted to pedestrian-only streets, and there was a real party mood throughout the area. The city looked completely different at night, and the overcast skies with low clouds and mist created an enigmatic atmosphere that matched the contemporary art.

Here are some of the photos from that night. Full descriptions of the artwork can be found on the official Nuit Blanche Toronto website.

The popular 3D TORONTO sign at Nathan Phillips Square. Can figure out how this shot was taken? 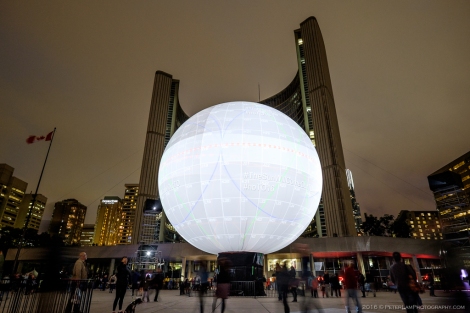 Death of the Sun by Director X, Nathan Phillips Square. 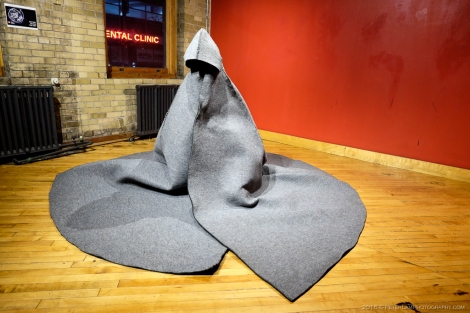 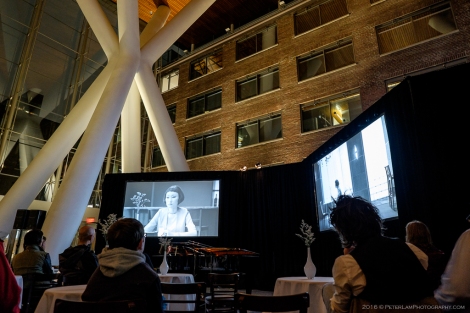 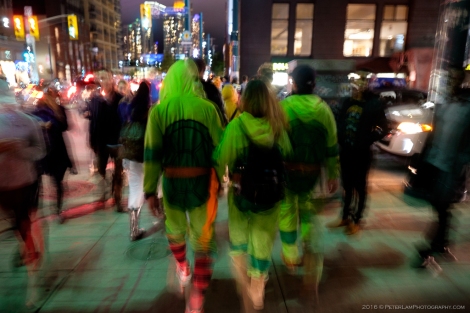 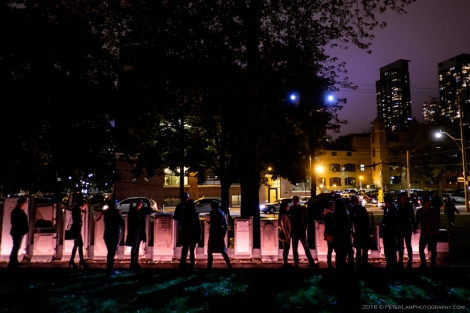 Meet Me in the Glass House by Tim White-Sobieski, Metro Hall Plaza.

Meet Me in the Glass House by Tim White-Sobieski, Metro Hall Plaza.

Pedestrians only on Bay Street at Richmond.

The Guardians by Vladimir Antaki, Katana on Bay.

Everyone Thinks the Same Thought by KURT, Commerce Court. 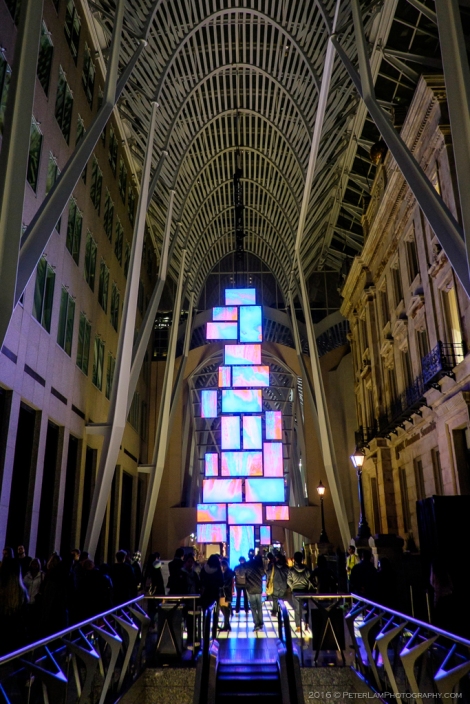 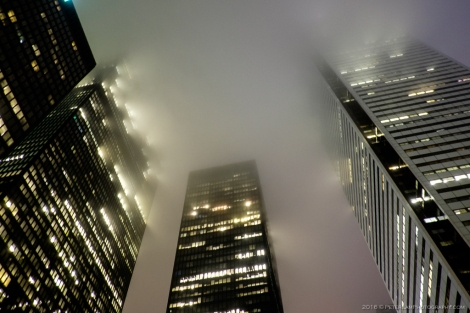 TD and BMO towers in the low clouds. 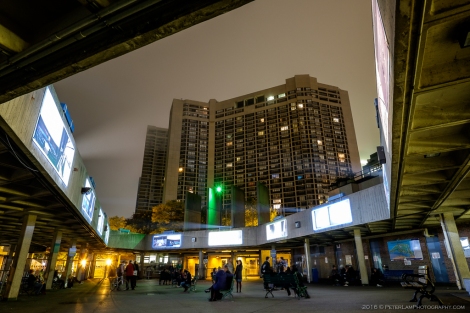 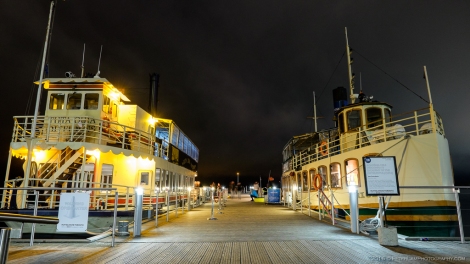 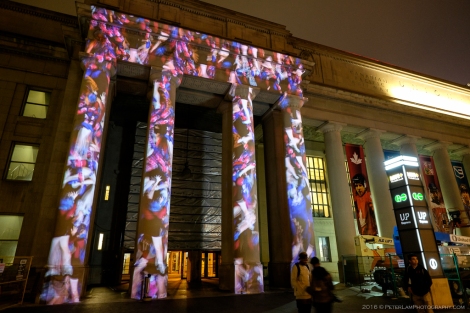 One response to “Toronto by Night: Nuit Blanche 2016”