British Columbia’s Highway 99, also called the Sea to Sky Highway, is one of Canada’s top scenic drives. Stretching from Vancouver to north of Whistler, the 400-km route was extensively updated for the 2010 Winter Olympics and remains a popular roadtrip destination.

On my recent visit to Vancouver, a family roadtrip to Whistler meant an opportunity to take in the attractions along this famous stretch of highway. Over the course of two days on Thanksgiving weekend we stopped at some of the most popular sites along the way. Though October weather was typically wet and dreary, we did get the occasional lucky breaks – just enough for some fall foliage photo ops.

For most road trippers, the Sea to Sky Highway starts at the Lions Gate Bridge connecting Stanley Park to North Vancouver. The highway then passes through West Vancouver before winding north along Howe Sound.

Lighthouse Park is located in West Vancouver at the southern most tip of the peninsula jutting into Burrard Inlet. The Point Atkinson Lighthouse is built on granite boulders against a backdrop of huge Douglas firs (the city’s last remaining first growth firs) and rugged dense rain forest. There’s a small network of hiking trails available for exploring the 75 hectare park. 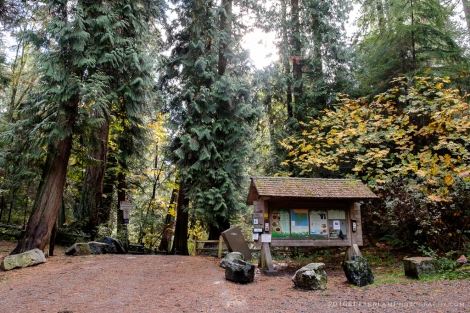 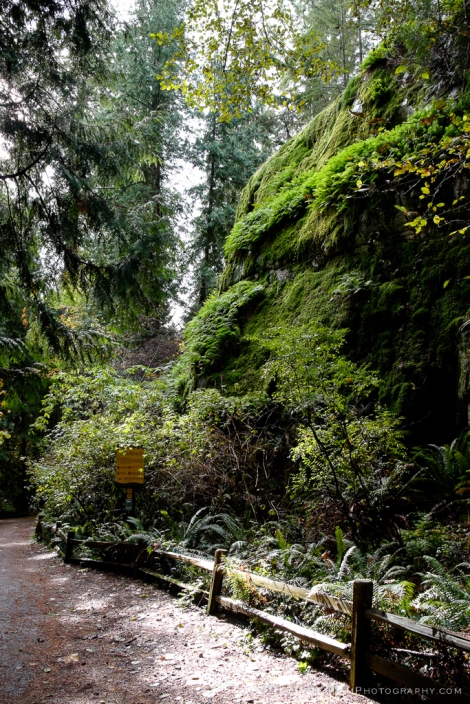 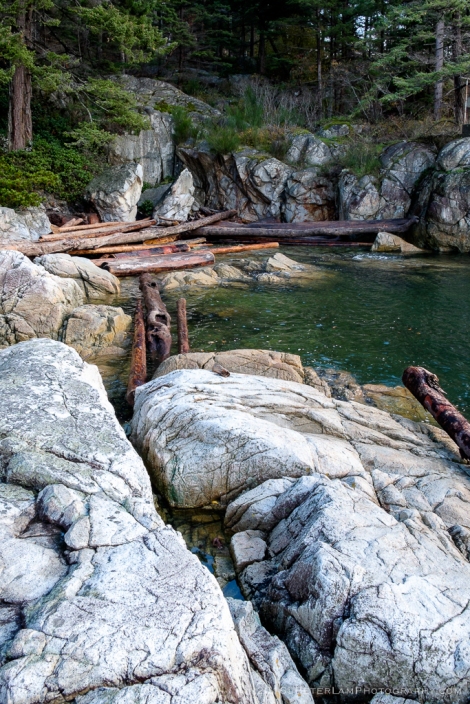 The third highest waterfall in British Columbia, the 355-m tall Shannon Falls are located right off the highway some 60 km north of Vancouver.

Adjacent to the Shannon Falls Provincial Park, the Sea to Sky Gondola is a recent addition to the area attractions. Located next to the Stawamus Chief, a cliff-faced granite massif popular with hikers and climbers, the 10-minute ride will bring you 855 meters above sea level to a network of interpretive walks, viewing platforms, and backcountry trailheads. Views of the surrounding Howe Sound coastal area are spectacular, as is the sheer majesty of “The Chief”. 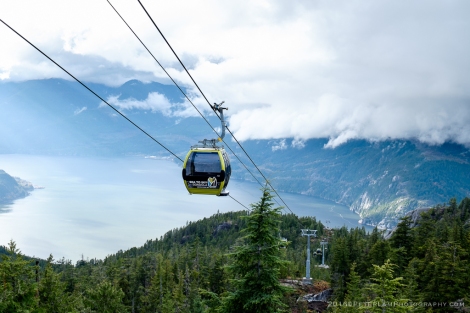 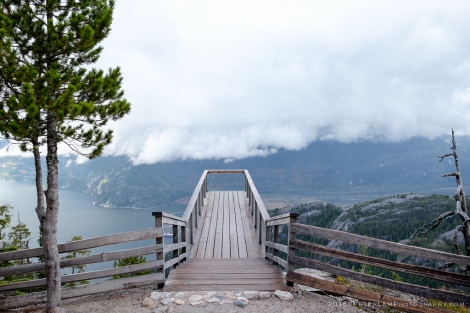 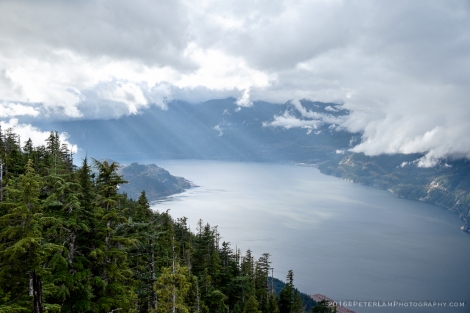 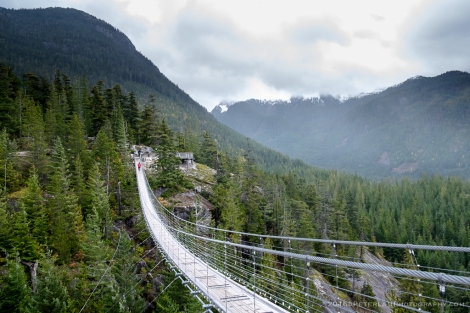 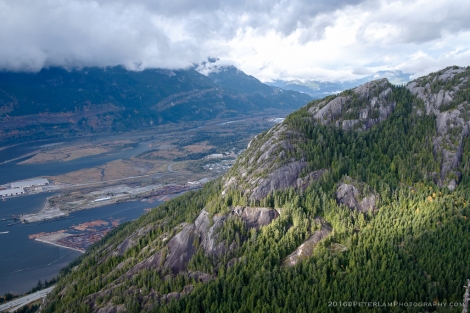 The town of Squamish, with the Stawamus Chief towering in the background, bills itself as the outdoor recreation capital of Canada. Originally an important logging and pulp mill center, this low key community has transformed itself into a hub of year-round outdoor activities in the area.

A little further north, a popular viewpoint on the highway is the Tantalus Lookout (best accessed via the southbound lanes). Here you can glimpse the snow-capped peaks of the Tantalus mountain range to the west, as well as look back at Squamish Valley. 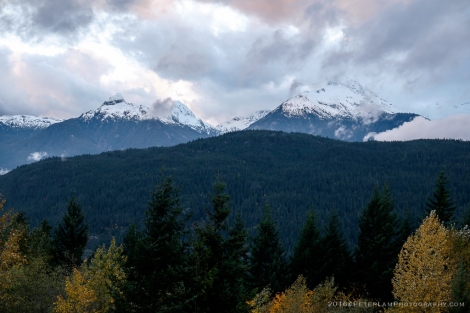 Brandywine Falls Provincial Park is about 15 minutes drive south of Whistler village. Its main attraction is the picturesque 70-meter waterfall over the lip of ancient lava rock. There are a number of hiking and mountain bike trails in the park (and lots of mushroom variety due to the recent wet weather). Follow the main trail to a viewpoint overlooking Black Tusk summit and Garibaldi Provincial Park. 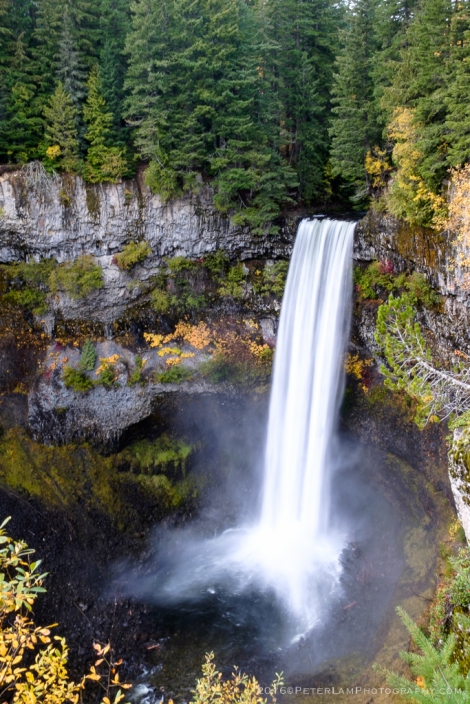 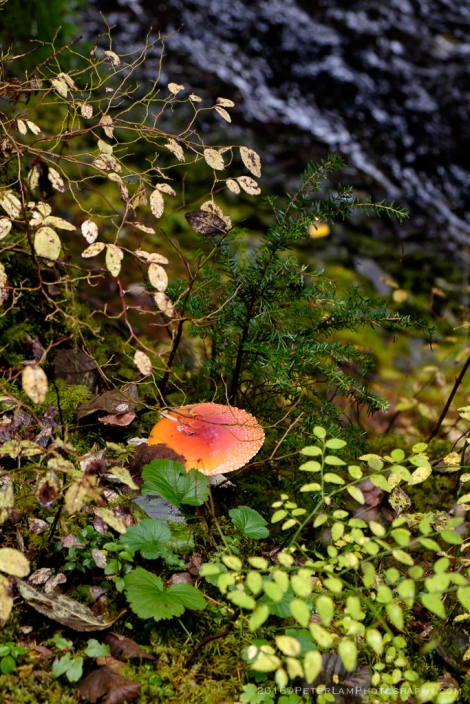 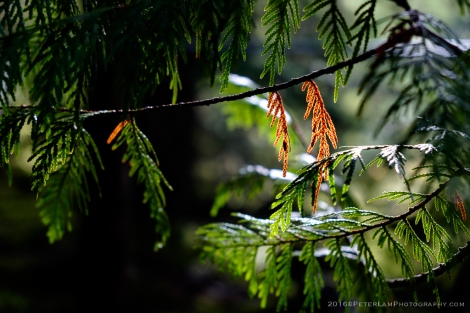 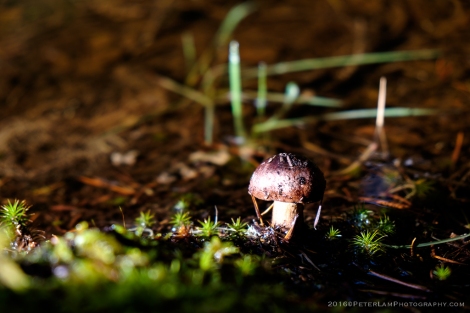 The resort town of Whistler sees about 2 million visitors a year, and is a top destination in North America for winter sports. During the 2010 Winter Olympics, the area hosted many of the alpine and Nordic skiing events, as well as bobsledding and luge. In the summer, hiking and mountain biking are popular here. Treetop trekking and ziplining through the rainforest is available year-round (which, of course, I had to do). 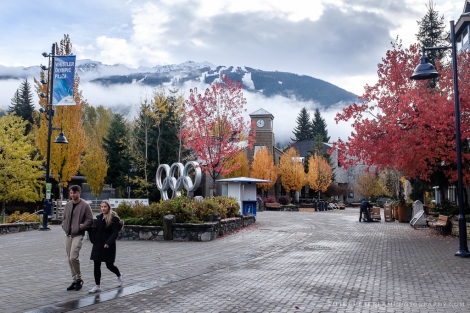 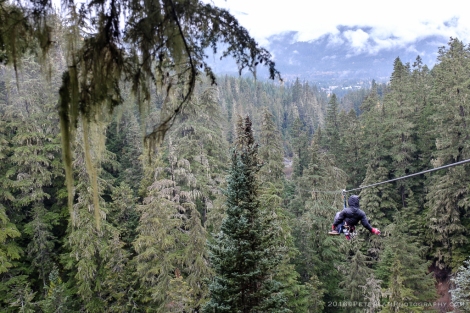 Further up Highway 99, just north of the Village, Green Lake is the largest and northernmost lake of Whistler Municipality. This peaceful area is surrounded by luxurious lakeside cottages and residences, and is also the backdrop for the Nicklaus North golf course. Green Lake also serves as Whistler’s airport (waterdrome) for float-planes. 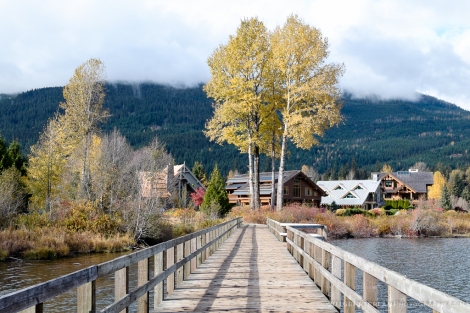