Canada Day long weekend was the warmest of the year so far, with much of eastern Canada under an extreme heat warning. There’s no better way to escape the sweltering city than a few nights in the backcountry at one of Ontario’s most beautiful wilderness parks, and so off we went to the Kawartha Highlands!

Time for some manly camping, yeah!

Officially called the Kawartha Highlands Signature Site, this provincial park is Southern Ontario’s largest, second only to the well-known Algonquin Park. It is located to the north and east of the main belt of the Kawartha lakes in Peterborough County, spanning 375 square kilometers of pristine wilderness. All campsites are canoe-in backcountry sites, so tranquil isolation from civilization is virtually guaranteed.

The first night was spent at Bottle Lake, an easy paddle from one of the numerous launch points in the park. As far as access goes, this lake is one of the easiest – it’s just a short paddle from the parking lot. Sunset and dusk was really spectacular here; it almost made up for the swarming mosquitoes. 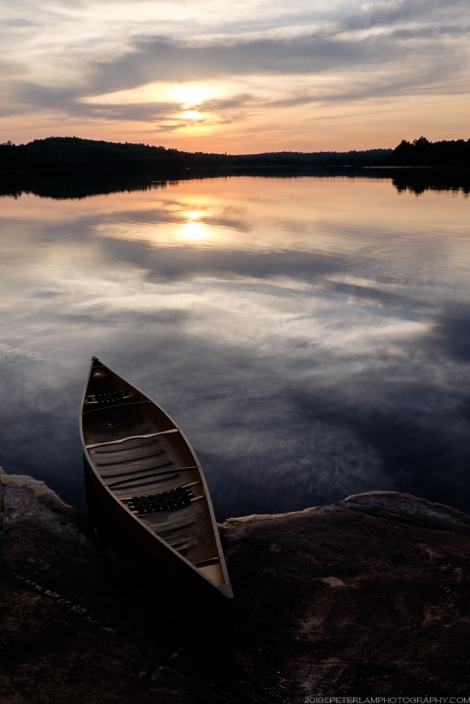 For the remaining two nights, we moved to an island site on the adjacent Sucker Lake via a short portage. Here there was no cottage boat traffic, so it was even quieter than Bottle. Over the weekend the weather got progressively hotter, so the lakeside location was perfect for swimming and cooling down in the water. Exploring the surrounding area with some lazy paddling, this was a super relaxing long weekend. Actually, the most taxing activity was dodging those pesky horse- and deer-flies… 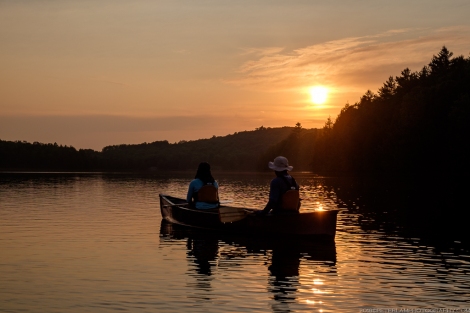 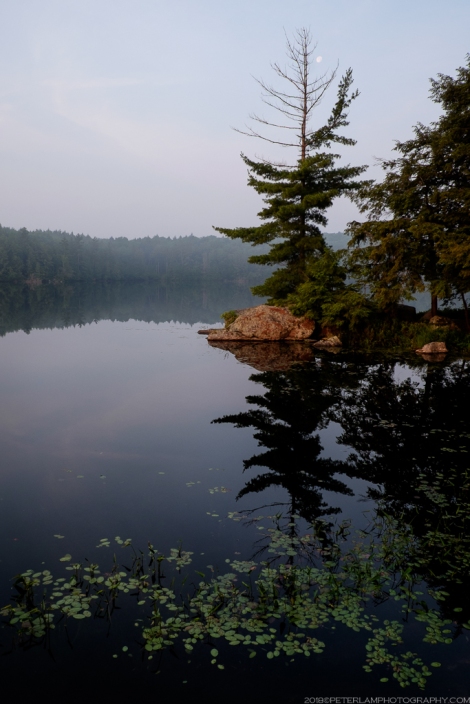 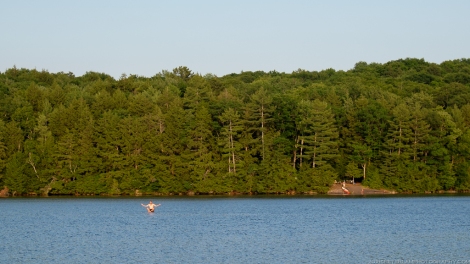