Keeping with the theme of Sai Kung, this past weekend hike was a continuation of the Maclehose Trail, this time Section 3 through Sai Kung West Country Park. Although not as scenic as the Tai Long Wan portion of Section 2, the hike still had some very good views on this hazy afternoon.

The route as tracked in Runkeeper.

The trail starts where we left off last time at Pak Tam Au, with a steep ascent up Ngau Yee Shek mountain, the first of four peaks on route today. We then pass Ngam Tau mountain on the way to a campsite at Cheung Sheung where we take a short break and a bite to eat. The path then heads south past Wa Mei mountain and the majestic Lui Ta Shek mountain, after which we take a side trail to Shek Hang and a taxi ride back to Sai Kung town. 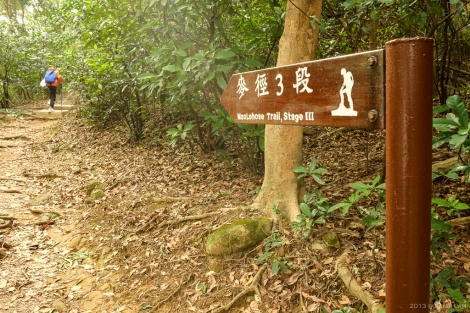 Here we go! Strenuous climb right from the start at Pak Tam Au. 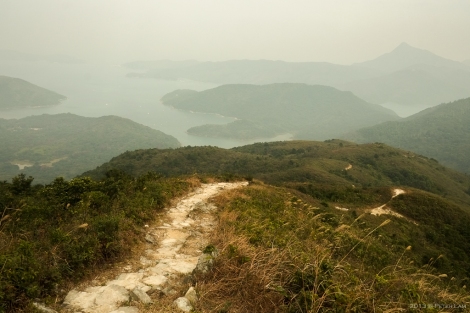 About half way up the first mountain, looking back at Long Harbour.

A nice panoramic view even through the haze from Ngau Yee Shek mountain. You can make out Sharp Peak in the distance, the highest point in Sai Kung district. 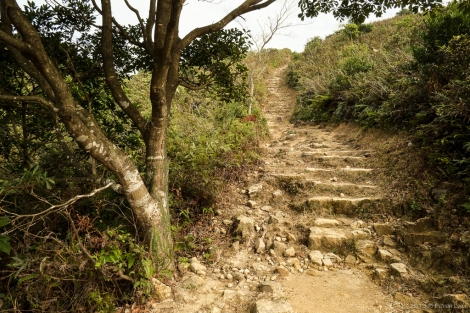 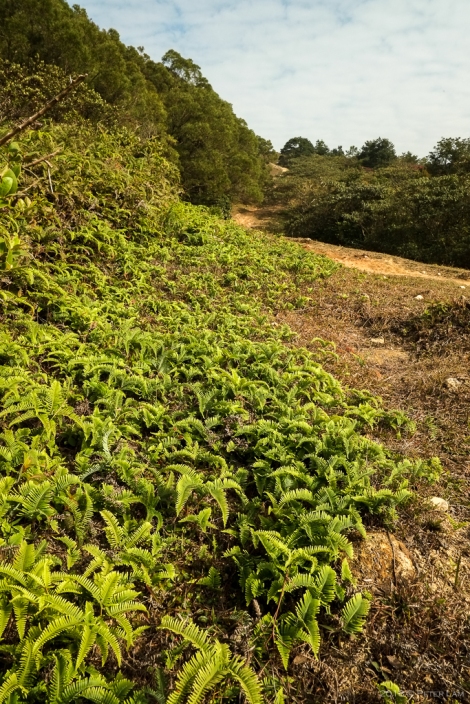 Up here there are fewer tall trees; most of the vegetation consists of bushes and shrubs. 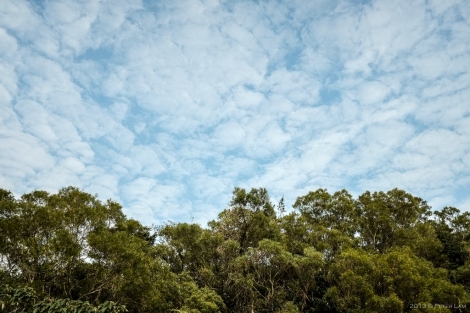 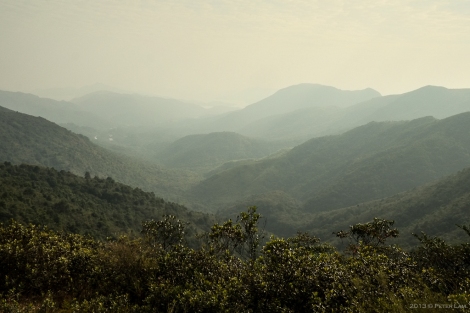 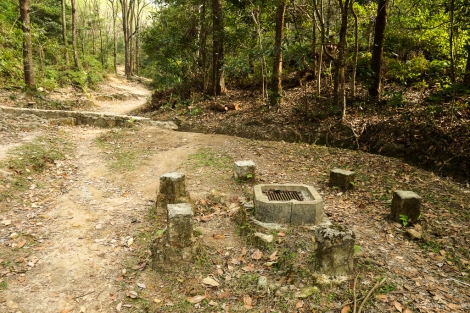 Descending a little from the peak, we approach Cheung Sheung campground. This is a public barbeque pit. 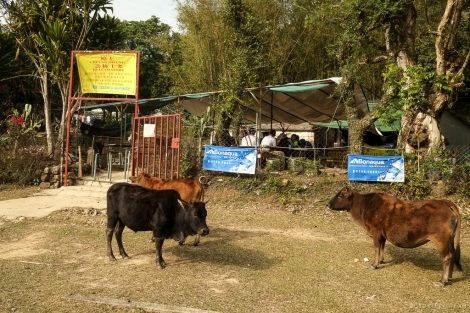 The refreshment stand at Cheung Sheung, near the campground where hikers can take a break. 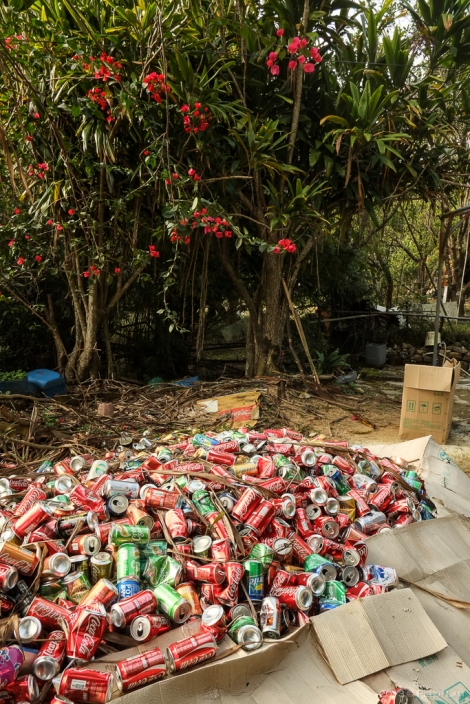 An impressive collection. Let’s hope it goes to recycling. 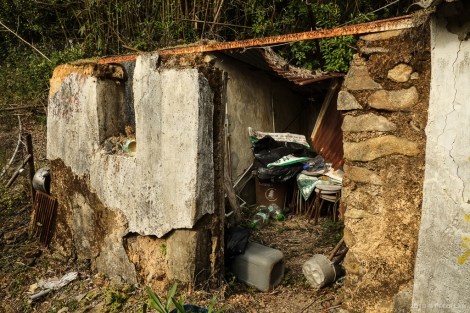 The “restaurant” is nothing more than an old shabby hut. But you can get drinks and instant noodles here. 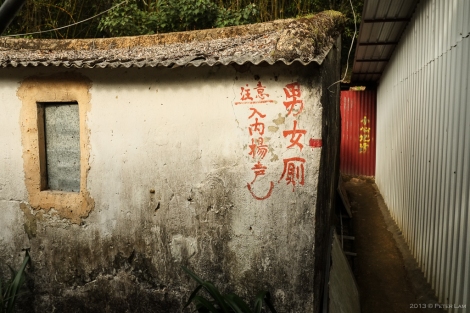 Shout out before heading to the toilet behind the shack – there’s only one, and I’m guessing a hole in the ground. I didn’t venture to find out… 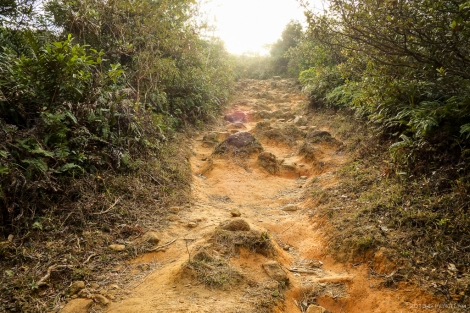 From Wa Mei mountain the view is quite spectacular. 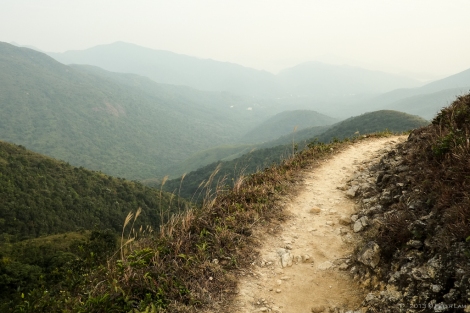 But one wrong step and you’ll be tumbling down the side. 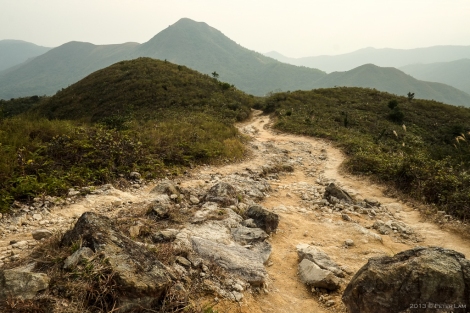 One more peak to go – Lui Ta Shek mountain in the distance. 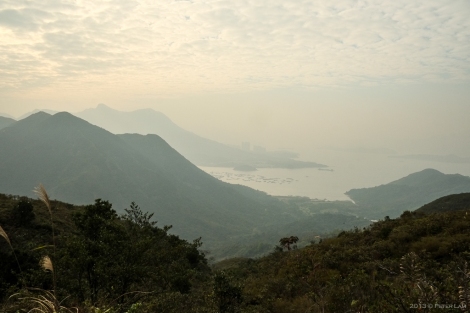 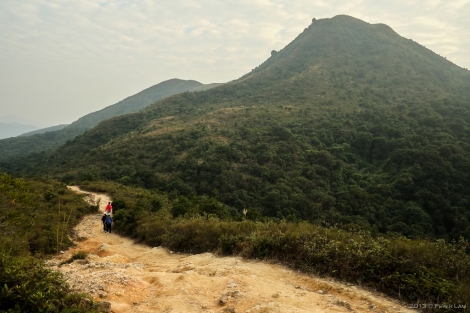 As we approach Lui Ta Shek mountain, it’s starting to get dark. The trail skirts the peak. 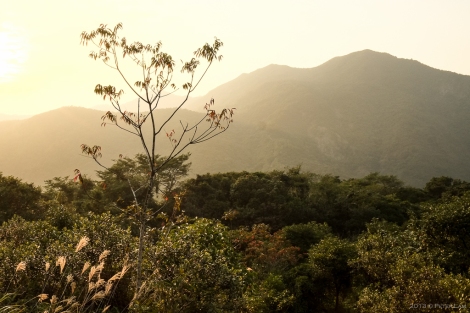 Past the peak, and the sun is setting quickly. 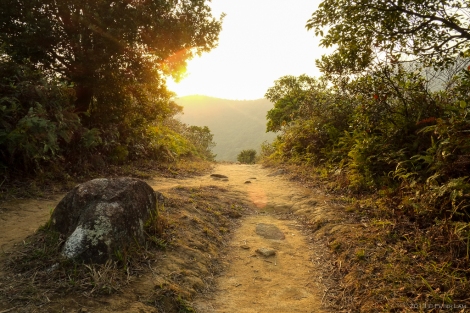 Here the descent begins until we find the side trail to Shek Hang. 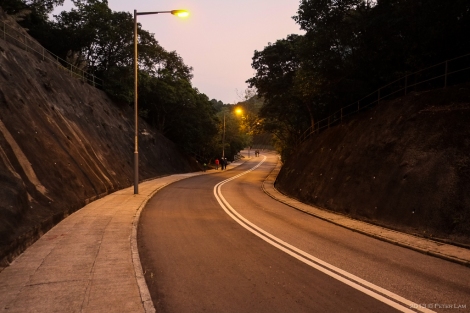 Once past Shek Hang village, it’s another 2km walk down the road to the nearest bus stop. From there we cabbed it back to Sai Kung town.

© Peter Lam and Peter Lam Photography, 2013-2019. Unauthorized use and/or duplication of this material without express and written permission from this blog’s author and/or owner is strictly prohibited. Excerpts, images, and links may be used for personal and non-commercial use, provided that full and clear credit is given to Peter Lam and Peter Lam Photography with appropriate and specific direction to the original content. For commercial use of images, please feel free to contact me.
%d bloggers like this: